Why you should (binge) watch Netflix’s Big Mouth 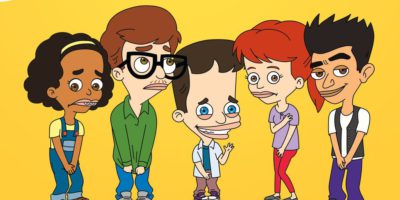 With loud, overly enthusiastic characters and simple tales, people (me) often mistake animated shows as a source of entertainment only for young children – think Dora the Explorer and Peppa Pig. However, Netflix’s animated series for adults have been on the steady rise, slowly challenging and changing previous misconceptions, particularly since their creation of the comedy-drama, BoJack Horseman, which paved the way for shows such as Disenchantment, F is for Family and of course the beloved Big Mouth.

This hilarious Netflix series, created by comedians Nick Kroll and Andrew Goldberg, who also lend their voices and pre-pubescent tales to induce belly laughs and sympathetic winces, is unsurprisingly a hit on the popular streaming site. Alongside Kroll and Goldberg, the show is home to the voices of familiar jokers such as Jordan Peele (search ‘Peele and Key’ on YouTube if you haven’t already), Maya Ruldoph (search ‘Bubble Bath Big Mouth’ on Twitter and thank me later), Jessi Klein and more. Its second series recently concluded and Big Mouth fans are universally yearning for more screen time with these spotty, smelly, awkward, menstruating, mood-swinging teens.

For a prude like me, it took a lot of convincing from my friends to even ‘try an episode’, and at first, I found it hard to not be dismissive and brand the show as childish and weird, especially after hearing terms and phrases such as ‘hormone monster’, ‘talking pillow’, ‘singing ghost’, ‘geeky kids’ and ‘sex’. After urgent Whatsapp messages and overexcited speeches, their descriptions of Big Mouth almost caused me to rethink my friendship group – but now here I am doing the same.

Although it may be odd for me to call it a ‘smart show’ (possibly especially so for those of you who have already watched the series) it certainly is fitting. Big Mouth merges everything that is traditionally expected of a cartoon, such as children going on big adventures without raising suspicion, talking animals and toys (pillows specifically) and irritatingly senseless adults, with unique adult themes, filthy humour, raging hormones, shared (gross) experiences, and even social politics. The show depicts puberty in a way that is organic, refreshing, brutally raw and engaging – something I have never seen done in quite the same way, and I highly doubt there will be another show that deals with these topics quite like Big Mouth. This series would have been crucial during my early teen years – minus the adult humour and certain scenes that won’t be addressed here. *sigh* Better late than never – right? However, the fact that it is targeted at adults rather than teens is one of the best things about it. Nothing is filtered, and it’s refreshing to be able to laugh at the characters and the situations they have to deal with once you have a little distance from your own battles with beastly hormones.

Big Mouth also uses humour, spontaneous and upbeat jazzy numbers and an overwhelming number of cringe-worthy moments to depict the horrors of puberty, as well as the universality. These experiences are presented across characters regardless of their gender, race, sexuality and background. One of the many things that really stood out to me was the way in which mental health, specifically depression, was illustrated. The very visual yet subtle way in which the symptoms crept into the life of a character, and on to our screens, should be highly commended. This episode could be very beneficial for those who may experience depression or low mood, by providing a metaphorical representation of how it may feel, rather than a clinical one. It may also be equally helpful for those who may have close friends/family members who are dealing with similar challenges, as it is a very teachable moment and creates understanding and space for further discussion.

And if you need further convincing, aside from the kids, Big Mouth has loveable characters for you to grow fond of (obsessed with), such as the wheezing, soulful ghost jazz singer Duke Ellington, THE Freddie Mercury, various Hormone Monsters like the penis carrying Maurice, the sexy sultry, Constance, and the odd, dark Shame Monster. Don’t judge, just watch.

Big Mouth is most certainly weird, yes, but it’s also extremely witty and informative, as well as being extremely addictive. I recommend you don’t take as long as I did to ‘try an episode’. 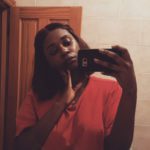 Jeannelle Brew is currently a Trainee Publicist at Hodder & Stoughton and will spend the next six months of her Fresh Chapters Traineeship as a Trainee Editor with Orion. She has written and published the first book of her children’s series (Meet Mya) and is working (struggling) on her second manuscript, She is also a Netflix addict/film fanatic and she loves any and every movie starring Denzel Washington. Her favourite hobbies are sleeping and snacking. Follow her on Twitter @effie_bru and Insta @jbreww_ @jchatslit.