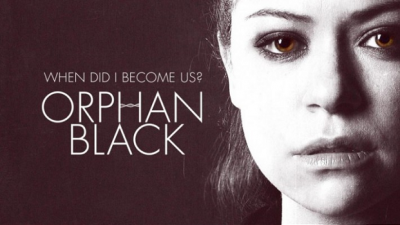 Begin your weekend on the edge of your seat with the UK premiere of new sci-fi series, Orphan Black, at 9pm tonight.  There are no zombies, space ships or kaijus, but after a summer of big budget sci-fi flics and brushes with the apocalypse, Orphan Black offers something a little different. A tightly plotted series that expertly balances character and concept, with a heavy dash of the kind of wit you expect from John Fawcett, the director of werewolf cult classic Ginger Snaps.

Orphan Black follows Sarah (Tatiana Maslany), a twenty-something ex foster kid who begins the series trying to get a handle on her life (though not her reliance on black eyeliner) only to be thwarted when she witnesses the suicide of a woman who looks exactly like her (minus the eyeliner). As the series progresses, more doppelgangers emerge and Sarah finds herself entrapped in a scientific conspiracy.

Throughout the course of the series the Tatiana Maslany plays not one but seven characters, each of them unique.  Maslany’s masterful performance is at the centre of a show which explores important contemporary issues such as cloning and gene patenting alongside the indeterminable force of human identity. So, don’t go out in the rain: sit down, watch Orphan Black, and then count down the days until the next episode. 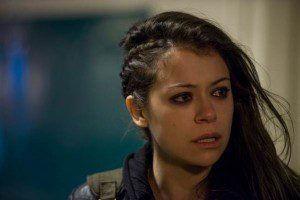 Orphan Black starts on BBC on the 20th September, at 9pm.