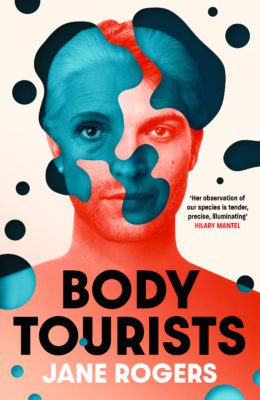 Jane Rogers, the award-winning author of The Testament of Jessie Lamb and Body Tourists, shares her most unforgettable sci-fi reads and the impact they have had on her as a writer.

If you guzzle a lot of good books, fast, over decades of greedy reading, many of them simply go into the compost. Well, they do for me anyway. Titles may still be vaguely familiar but as for what happened, when and why? Forget it.

So the stand-out books really are important. And for me, three of those are science fiction. All three are books which I believe have shaped me as a writer as well as keeping me riveted as a reader.

The first has to be Aldous Huxley’s Brave New World, which I found in my Christmas stocking when I was 14. I tore through it in a couple of sittings, desperate to know what happened next. What I remember now is my teenage outrage at the wickedness of selective breeding for different roles in society, and the awfulness of doping people into tranquillity, so they wouldn’t fight the system. I was outraged because (not understanding irony very well) I believed some people thought it was OK.
Rereading it years later, I understand Huxley’s satirical intent, and appreciate better his mordant humour – but I also recognise with a sinking heart what a very good prophet of the future he was. The poor die a decade younger than the rich in present-day Britain – thanks to inequalities in housing and healthcare. They live in different areas and consume different diets; the gulf between them is almost as great as that between Huxley’s Alphas (‘born to rule’) and his Epsilons (‘future sewage workers’). And if your life is bleak and depressing, the fix on offer is an anti-depressant, not a change in your depressing circumstances. What seemed fantastical and unjust to me as a teenager now reads practically like social commentary. When I was portraying a rebellious teenager in The Testament of Jessie Lamb, it was easy to access her sense of incredulous rage, because I had experienced it myself when confronted with Huxley’s Brave New World. 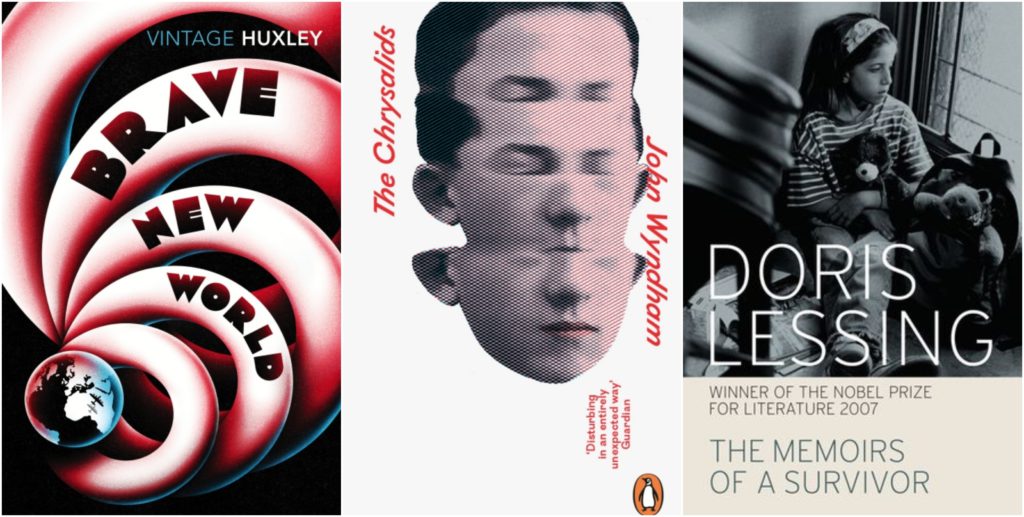 I can’t remember how old I was when I devoured John Wyndham’s The Chrysalids as a page-turning adventure. But I can remember how terrifying it was. The young telepaths are classed as mutants in a post-apocalyptic world where religion dictates: ‘Keep pure the stock of the Lord’. They have to flee for their lives through the aptly named Badlands of lawlessness and horror. Coming to the book again as an adult I realised that this post-WW2 novel is attacking the notion of racial purity. It’s about segregation and prejudice, about us and them, and people’s fear of the other. And in adapting it for radio I was able to appreciate how the architecture of its structure and the innocence of the narrative voice combine to make it a truly brilliant novel. In these days of incarcerating refugees, or letting them drown at sea, or building walls to keep them out, it is still powerfully relevant. As a writer who loves to use first person voices, the candour and simplicity of David’s narration inspired me to work on a similar character.

The third is Doris Lessing’s The Memoirs of a Survivor (1974) which is not usually classed with her science fiction, although it is definitely future fiction. And here I think it’s the combination of a terrible reality with a magical kind of escape, which makes the novel unforgettable. Society is falling apart and gangs of wild children roam the streets, stealing and murdering at will. Yet inside the prison of her small flat, the diarist can sometimes pass through the wall into a visionary world of memories, of comforting other-worldly, larger than human presences, of calm and love. I’m a terribly literal reader and not very good at swallowing magic; but this alternative world, through the living-room wall, convinced me entirely, and indeed inspired me. It made me want to write, to see if I could give other readers a similar sense of hope in despair, of alternative lives, and the power of love in a very dark world.

Body Tourists was published on 14 November 2019. Jane Rogers is the author of nine novels and winner of the Arthur C. Clarke Award for The Testament of Jessie Lamb. 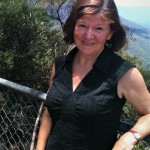 Jane Rogers has published nine novels, written original television and radio drama, and adapted work (her own and others’) for radio and TV. Her novels include Conrad and Eleanor, The Testament of Jessie Lamb, Mr Wroe’s Virgins, Island, The Voyage Home and Body Tourists. Her writing awards include the Arthur C. Clarke Award, Somerset Maugham Award, Writers’ Guild Best Fiction Book, BAFTA nomination for best drama serial, Guardian Fiction Prize runner up and Arts Council Award. She was also Booker longlisted for The Testament of Jessie Lamb in 2011. She is a Fellow of the Royal Society of Literature and teaches the Faber Short Story Writing course.