Love isn’t just about chocolate shaped confectionery and strolls along the beach, sometimes it’s about robots, unicorns, serial killer and vampires too. Here a few of our favourite unconventional love stories from comics, books and films.

I’m A Cyborg But That’s Okay

Young-goon, a young woman working in a factory constructing radios is institutionalised after trying to connect herself to power socket in an attempt to ‘recharge’ herself. Eventually, she falls for a man who thinks he can steal people’s souls. Cute.

Nominally a story about the loss of innocence (as all unicorn narratives must be), The Last Unicorn is actually a melancholy study of loneliness and depression by way of an epic quest to find all the unicorns in the world (they were driven into the sea a generation ago, and there they remain). Unlike standard unicorn stories, about a unicorn and an innocent girl (see, e.g., Legend), in The Last Unicorn, the unicorn is both the mythical beast and the innocent girl; when she’s turned into a human, she falls in love and discovers the cost of true innocence.

Another Park Chark Chan-Wook film because he does weird romance excellently and this vampire rom com is amazing (we could include, Old Boy… but we won’t), and Thirst is an amazing vampire romance. And vampires and weird, mutually destructive romance go together like cheese and bread. Thirst tells the story of a Catholic priest turned vampire whose in love with his bestfriend’s wife. As these things usually go, she turns into a vampire and goes a bit AWOL in a bloody yet also adorable way.

Bonus points: for an ending involving decomposition that is both absolutely disgusting, and kind of romantic.

The ultimate opposites attract love story about a bored rich kid named Harold (who’s somewhere between 18 and 22, but as played by the ageless Bud Cort looks like he could be anywhere between 13 and 30) who falls in love with an eccentric 79-year-old woman named Maude. Maude teaches Harold how to celebrate life by introducing him to things like sex, pot and the banjo, but the film is particularly notable for its gentle black humour, sensitive Cat Stevens soundtrack, and gorgeous early 70s Northern California setting. 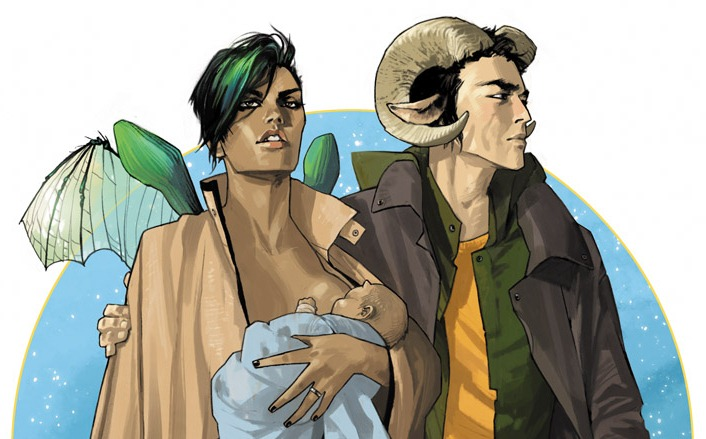 Think Romeo and Juliet had it tough? They’ve got nothing on Alana and Marko, lovers from two warring species engaged in galactic scale slaughter. Their love threatens so undermine a centuries long war that lots of people are invested in, so they’re on the run from both their governments. And they have a newborn baby.

Francesco Dellamorte is a lonely cemetery caretaker who just wants to get out of his small town. The trials and tribulations of his already pretty sucky job are only compounded when he meets a series of mysterious women whom he loves before they die tragically and return from the dead. His assistant also manages to fall in love with a severed head.

The Company of Wolves

Rosaleen’s grandmother tells her cautionary tales about predatory men and their desires, but despite her warnings Rosaleen finds herself drawn to a rather hirsute man she meets in the wood (while wearing a red cloak, naturally). She promises him a kiss if he reaches Granny’s house before her. One thing leads to another, and she winds up sprouting a tale and running off with a pack of wolves. Ah, the transformative powers of love…

Bond films might seem like weird choices for unusual love stories – can James Bond even fall in love? – but the two I’ve selected are exactly that: unusual love stories. It turns out that Bond can actually fall in love. It just (spoiler!) won’t end well for anyone. OHMSS features one-off Bond actor George Lazenby and a superb Diana Rigg; Lazenby took the role over from Connery theoretically for the foreseeable future and wound up starring in the non-Bondiest film of the bunch – theoretically as a way to reboot the post-Connery franchise. OHMSS did not do as well as previous Bond films and Lazenby, who hated the filming process, left the role. But the film has held up really well, and the love story itself is surprisingly touching.

Casino Royale is also a strange outlier in the Bond filmography: Daniel Craig’s first outing as Bond featured an unknown (and at the time, controversial – he’s blond, after all) actor and, once again, served as a defacto reboot of the franchise. As such, despite being the 21st Bond film, it was based on the first Bond novel Fleming ever wrote, set up the new, stripped down post-Brosnan-silliness Bond, and features a stunning performance by Eva Green as the kind of woman a professionally pathological cold fish like James Bond could legitimately fall in love with.