Two reasons you should be watching Reign 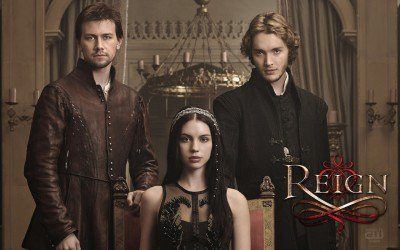 Posted on December 2, 2015 in Hodderscape Advent, Television with tags

Reign is Hodderscape’s newest obsession. Here’s why it should be yours, too.

Reign is a, shall we say, extremely creative take on the teenage years of Mary Stuart, aka Mary, Queen of Scots. The story is pretty basic: Mary is crowned queen of Scotland at the tender age of nine months old (true) and eventually sent to live in a convent in France (not true). Then she’s brought to the French court (true) and gets involved in a steamy love-triangle (not true) with the future king of France and his bastard half-brother (not a real person). Also there’s intrigue, plague, sex, murder, prophecies, a murder-worshiping, forest-dwelling cult, Nostradamus (???), a long-running (for this show) subplot about a homicidal girl with a bag over her head (??!!??!!), and Anne of Green Gables, who exists to show the rest of the cast how it’s done with her icy Catherine de’Medici.

The historical authenticity of Reign veers wildly from ‘actual historical thing that happened’ to ‘eh, who cares.’ But the real joy of the show is its breathless pace; plot problems rarely last for more than an episode or two, and everyone – everyone – commits that delightful sin against good writing, telling everyone else exactly how they feel at all times. It’s like watching a bunch of beautiful people play poker by gazing meaningfully at each other across a table someone bought on Ebay because it looks cool, before just showing each other their cards and talking about their feelings.

The thing is, all of the above is really fun. The dubious authenticity of the show is hilarious, like when Mary does the waltz – a dance which probably didn’t exist in 1560, but what do I know? – with the bastard son of the king of Portugal (not a real person). The dance gives her sexy feelings, which is also great because Mary’s sexy feelings are basically what drive the show. The show’s weirdly flexible relationship to historical fact also gives it a refreshing freedom; if the leads are wandering around having very modern conversations about how difficult it is to be a rich and privileged teenager, why shouldn’t they do so while wearing modern Oscar de la Renta dresses? 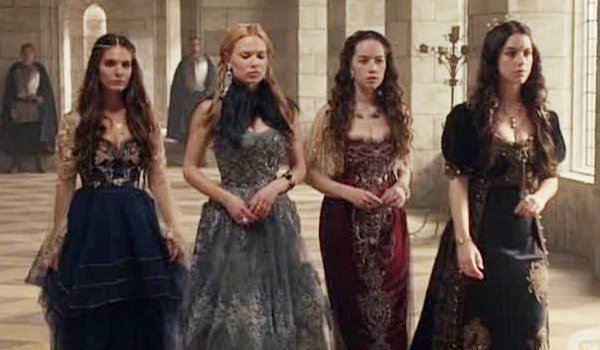 And Reign’s flexibility and fun makes it a refreshing show to watch; even given multiple plots about illness, murder, plague and various doom-and-gloom prophecies, not to mention the bag-over-her-head girl who runs, barefoot and murderous, though the castle’s multiple secret passages, the characters all generally like each other and are mostly able to talk through their problems. This comes with two major exceptions; anything the characters can’t or don’t talk through is just sort of… forgotten (I’m looking at you, subplot about Francis locking Mary in a tower for a month) as the show hurtles pell-mell from episode to episode. And, more importantly, everyone more or less gets along and likes each other… except Catherine, who is divine in her disdain for everyone. She’s the Cersei Lannister of my heart. And a dab hand with a poison. 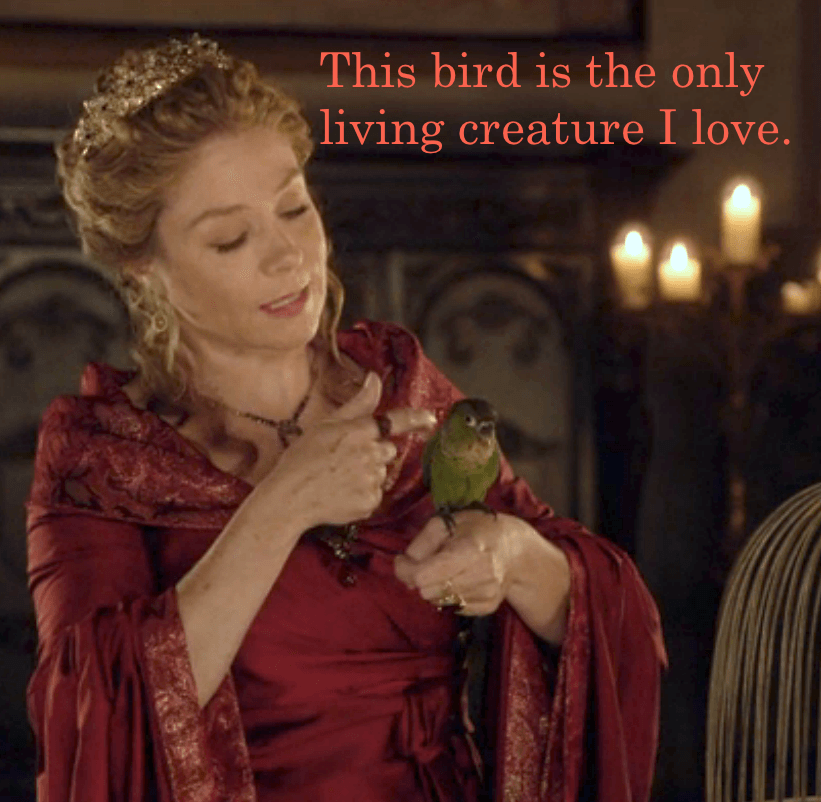 One comment on “Two reasons you should be watching Reign”