The Deep by Rivers Solomon 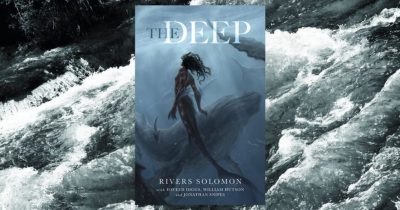 On December the 5th there will be a publishing first for Hodderscape. It’s then that we launch our first ever multimedia project, The Deep a novella in eBook and audio by Rivers Solomon to be followed by the physical book in January.  The audio book will feature the song that inspired the novella, ‘The Deep’ sung by Daveed Diggs, beloved award-winning star of Hamilton (as Lafayette and Jefferson) and fellow band members of the experimental hip-hop group Clipping, William Hutson and Jonathan Snipes. Nerd completionists will be delighted to know that Hutson is also the composer of the music for the iconic Shining documentary, Room 237. The Hugo-nominated song immediately resonated with Rivers where they found the themes that had inspired their previous work: ‘Diaspora and slavery, ecological devastation, memory and remembrance.’

The song was commissioned by Chicago Public Radio as part of a programme to celebrate Afrofuturism. Its origins are the African diaspora and the horror of the Middle Passage where it is thought two million lost their lives, including those who were deemed excess ballast in overladen slave ships and thrown into the sea to drown. Many of these were pregnant women. From this hard-to-contemplate horror comes a message of hope both in the song and now Rivers’ novella.

As humans, we breathe through liquid in the womb. Though the drowning mothers can’t survive the sea, their children can. Birthed in the deep they set up a miraculous underwater colony, an ‘Atlantis as Wakanda’, and there live in harmony with the mysteries of the ocean. In this beautiful place the painful memory of the inhabitants’ origins are magically taken for them by a figure known as the Historian. In Rivers’ story this is Yetu, a woman pulled apart by the grief of what she is forced to hold.

She will leave her people and swim to the surface, only there to find the world that has been left behind is in many ways as cruel and indifferent as the one that created her society. The book has already received countless endorsements from the new wave of science fiction writers. It is a transformative and inspiring read. Perhaps it’s best to leave the last word with Clipping: ‘SF is uniquely suited to address difficult political topics in any era, and Rivers is one of a handful of new writers that are going to drag our imaginations in the right direction.’ 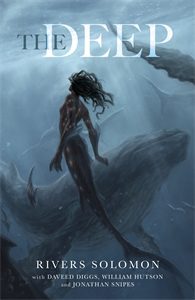 Out now in eBook and audio 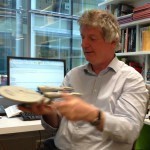