Now St. George, I’m happy for you, Imma let you finish, but these were the most enjoyable dragon showdowns of all time.

King Ghidorah vs. Godzilla, Mothra, and Rodan in Ghidorah, the Three Headed Monster

So, if dragons weren’t already cool enough, Ghidorah is a dragon from the Cretaceous period who flew off and spent 130 billion years mutating in space. Hence the three heads, and the lack of arms. And the fact that he can breathe gravity beams and lightning, as well plain old fire. Makes your average deadly fire breathing dragon look like an iguana.

Godzilla alone can’t defeat Ghidorah, and an all star team of Godzilla, Mothra and Rodan have to bring him down.

Bowen vs. Draco in Dragonheart 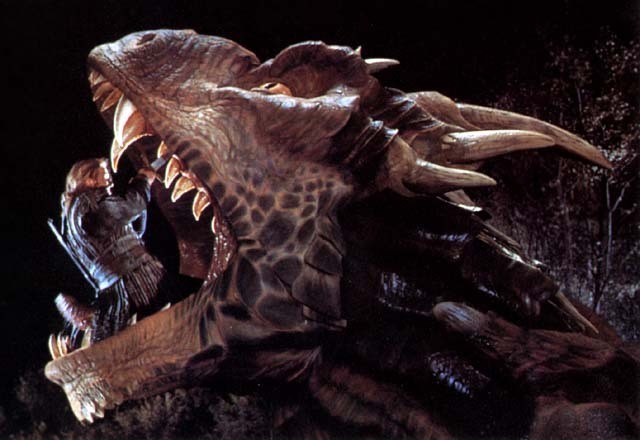 Now, they were really dialling it in when they decided to name him Draco, but even that can’t dull the charm of Sean Connery’s turn as a cantankerous dragon. The last of his kind, Draco hatches a scheme with a knight who looks remarkably like Thor to defraud local villages with staged dragon slayings. From this beautiful partnership arises such cinematic gems as an argument that grinds to a halt when Bowen leaps into Draco’s mouth and thrusts his sword into the roof of his mouth.

Smaug vs. Bard in The Hobbit

Bard is a man with a bow. A very big bow. When Smaug emerges from the Lonely Mountain, Bard dutifully pelts him with arrows – to no avail. But, all is not lost. In Middle Earth, birds are really really useful to have around, and a thrush pops down and helpfully informs Bard about a weak spot in Smaug’s armour (pro tip: dragons always have weak spots). Bard fires his arrow into said weak spot and slays Smaug the Terrible. However, when Smaug falls from the sky he crushes Laketown. Dragons are the worst.

Christian Bale, Matthew McConaughey and Gerard Butler vs. all the dragons in Reign of Fire 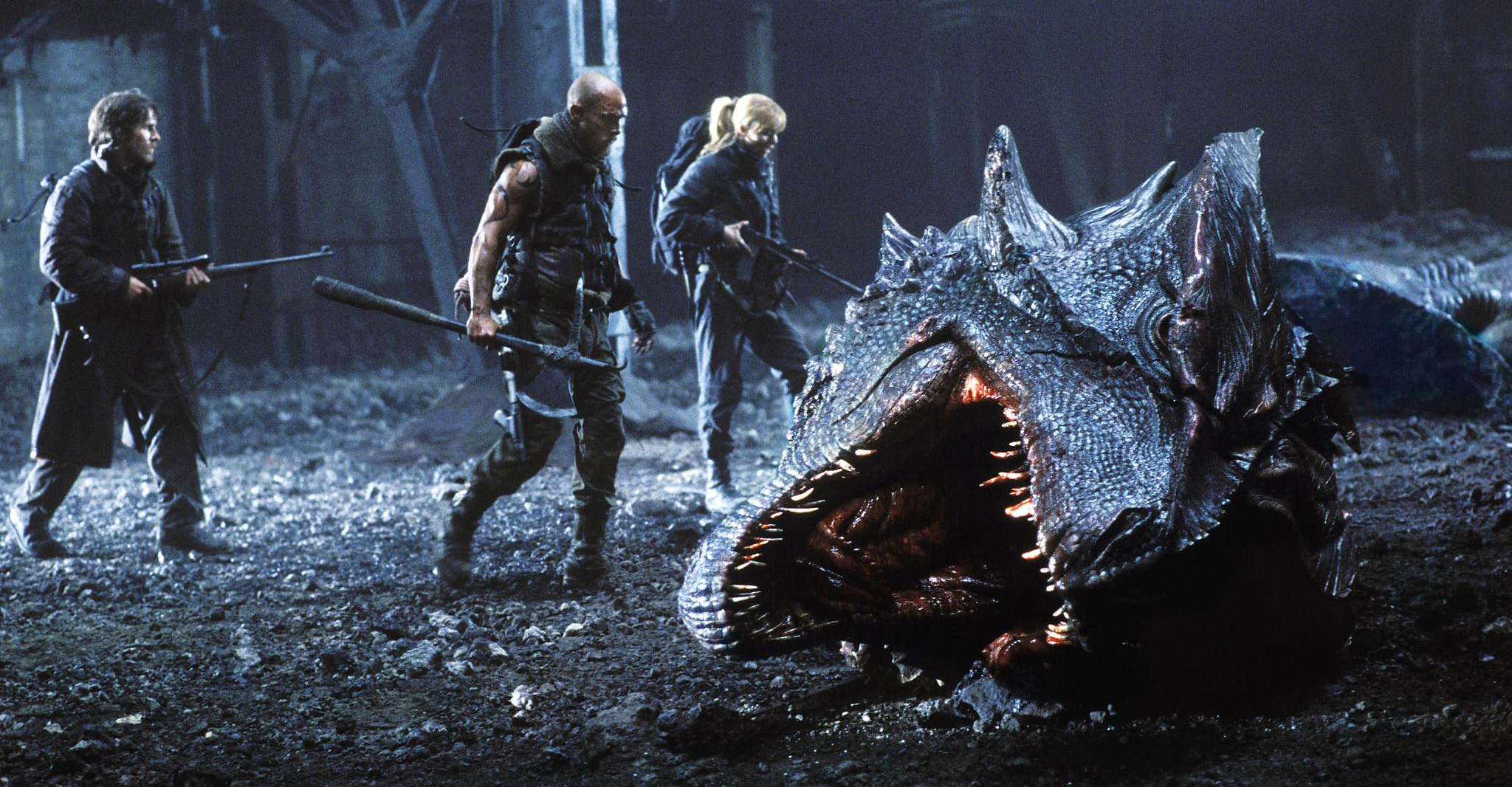 Some routine upgrades are taking place on the London Underground, but unfortunately the construction workers stumble upon a cave filled with hibernating dragons. The workers are incinerated, the dragon apocalypse commences. Think of that the next time you complain about the Circle line being delayed.

Decades later, the last remnants of society are hiding out in castle. Because this is truly the hottest apocalypse ever, these remnants include Christian Bale, Matthew McConaughey and Gerard Butler. They hatch a plot to take down the dragons. Explosives are fired from crossbows. People jump off buildings with axes. Dragons are beheaded. If that doesn’t sound like fun, you are probably dead inside. 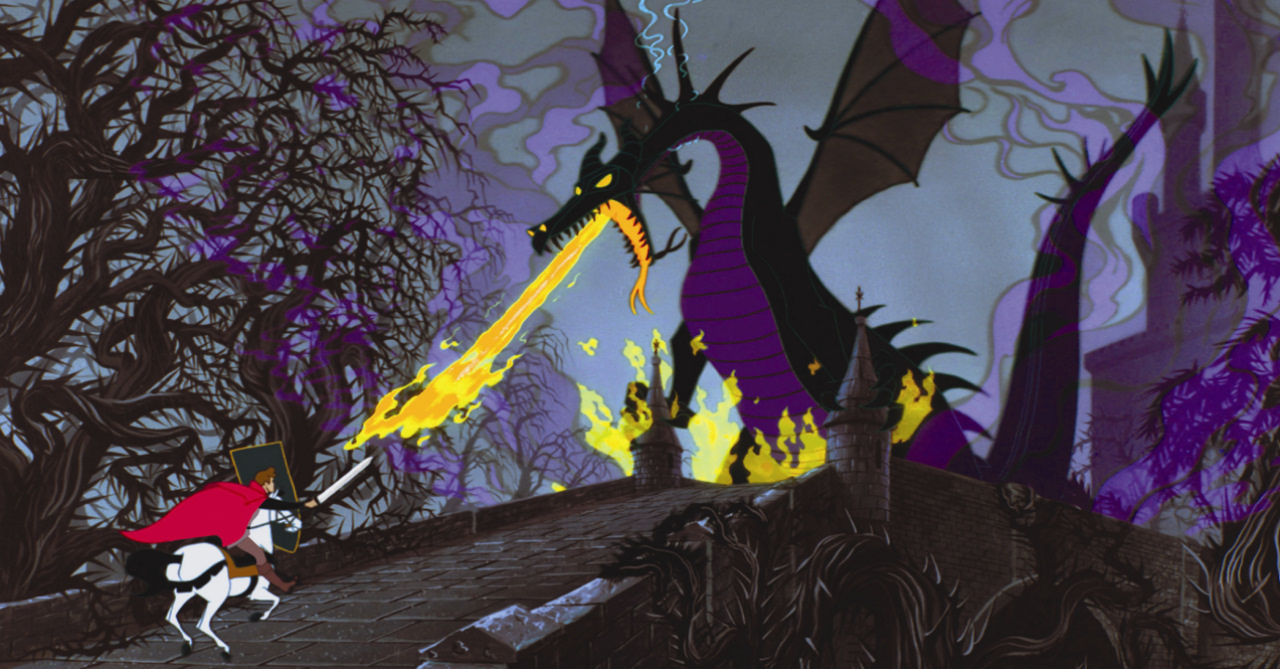 When Maleficent goes full dragon there aren’t many fire-breathers who can compete with her style-wise, and this battle is a visual treat. However, Maleficent’s not the best fighter. In her fight against Prince Philip (who let’s face it, is a total bore) she gets distracted by a hurled sword and lunges onto a bridge which isn’t quite prepared for that much dragon. Despite possessing WINGS, she plunges to her death. We were rooting for you Maleficent, and you let us down.

Simon vs Igjarjuk in The Dragonbone Chair by Tad Williams

Scullery boy turned adventurer Simon Erkynlander is on a quest to retrieve a magic blade. These things are never simple, and while retrieving the blade Simon awakens the great ice worm Igjaruk. Simon manages to stab Igjaruk through the eye, injuring her enough to make an escape. But, her blood burns him and leaves him with a facial scar and a rather unfashionable haircut. I repeat: dragons are the worst.

Emma Swan vs. Maleficent in Once Upon A Time

In the season one finale of Once Upon A Time, Emma Swan takes on Maleficent in dragon form. She tries to kill her with a gun, but this is not only fantasy this is Once Upon A Time: you don’t need a gun, you need to fling an enchanted sword into the glowy part of the dragon. Job done.

In a school tournament which violates almost every child safety law there is, Harry Potter is tasked with retrieving a golden egg from underneath a firebreathing dragon covered in horns. Ever the jock, Harry summons his broomstick and  takes us on a tour of the Hogwarts rooftops (pursued by dragon). Eventually the golden egg is retrieved, and Harry progresses to the next stage of a tournament in which this is only the first stage. Never complain about your school years again.

Me vs. Alduin in Skyrim 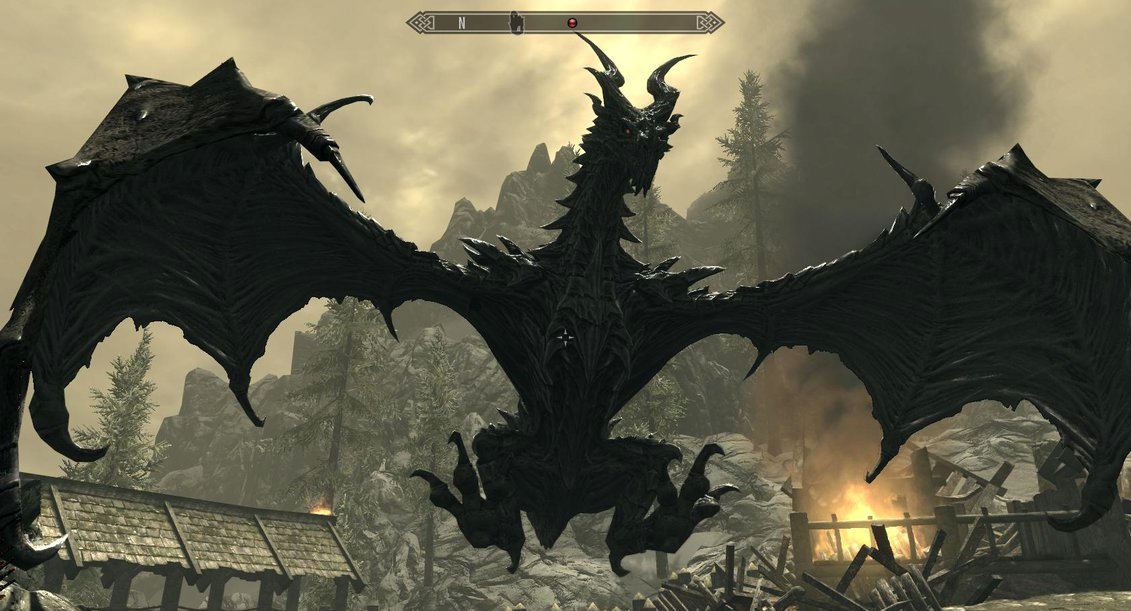 My Daedric Armour was forged. My Thu’um was ready. My skill trees were in full bloom after hours spent performing meaningless repetitive tasks. And so I defeated Alduin the World Eater, the primary antagonist in Skyrim. I have never felt so alive. If you have never played Skyrim, I strongly caution against it if you have any life goals you’d like to achieve in the next six months.

So, I probably missed out a megaton of dragons – tell me which ones in the comments!