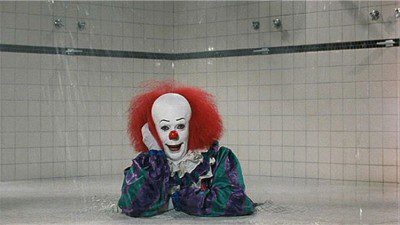 Posted on February 3, 2015 in Books with tags Horror, Stephen King

Stephen King is the undisputed master of horror and the uncanny. His books are famous for their spine-tingling, wake-you-up-at-3am scares and he knows just how to push your buttons. So, it’s not a surprise that when people get talking about Stephen King, it’s often his baddies rather than his protagonists that come up first in conversation, often accompanied by a shudder. Here, we go through our favourite top 5 monsters and villains from King’s books… 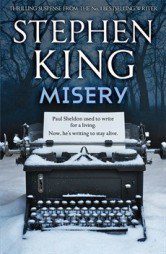 We’re number one fans of this number one fan… In Misery, Annie is obsessed with author Paul Sheldon’s books, so when a car accident leaves him helpless and in her mercy, she doesn’t want to let him go too soon. Paul’s helplessness at the hands of Annie is excruciatingly felt by the reader as Annie swings between dewy-eyed affection and psychopathic rage at her captive. Through episodes such as her ranting account of going to the cinema as child, King creates a villain who is both very human and very, very disturbing, making her all the more terrifying for the reader. Prepare for body horror, claustrophobia and a nail-biting climax as Paul tries to escape Annie’s clutches. 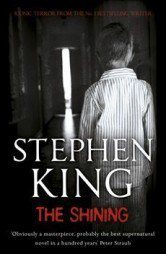 Jack/The Overlook from The Shining

A villain or a monster? The Shining puts little Danny Torrance in a terrifying position as his father, Jack, is slowly changed into a murderer, intent on killing his wife and child. Arguably, Jack isn’t the villain here. Yes, he is an alcoholic with serious anger issues, but there’s no doubt that the Overlook hotel is a baddy in its own right too, with a mind of its own and monstrous one at that. As the Overlook takes over Jack and possesses him, Danny and his mother are put in terrible danger. King takes familiar-turned-strange horror classic and elevates it, facing the reader with the horrible question of why people go bad and what you might do if someone you love suddenly turned against you. 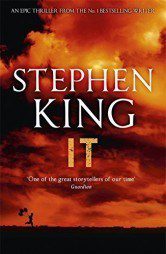 What are you afraid of? Really, deep down? Well, whatever it is, that’s what you’ll be facing when you meet It. Able to shapeshift into anyone’s worst nightmare, the monster from Stephen King’s two-part epic novel IT appears as a werewolf, a vampire, a giant dog, re-animated corpses, flying leeches, a monstrous spider and, let’s not forget, everyone’s favourite clown, Pennywise. From the first horrifying moment when the white-faced, sharp-toothed jester rips off a little boy’s arm and leaves him to bleed, It is sure to keep you awake at night. Stay out of the sewers because we all float down here, children… 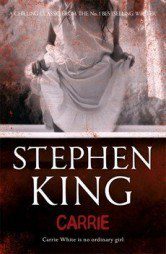 One of the most troubling of King’s characters, Carrie is perhaps not deserving of the title of ‘villain’. For most of the book, Carrie is a victim, bullied at school and abused at home, trying her hardest to survive the taunts of her classmates and the psychotic religious punishments of her mother. It’s enough to drive anyone to revenge, and it’s just unlucky that this particular high-schooler is gifted (or cursed) with terrifying telekinetic abilities. Unlucky for her and very, very unlucky for everyone who lives in her town, which ends up mostly destroyed with the inhabitants killed off in increasingly horrifying ways. Carrie still makes the list because, despite being a victim, her murderous rage at the end makes her truly, deeply scary. 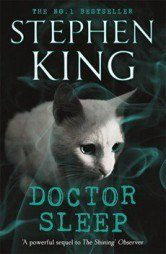 Rose the Hat from Doctor Sleep

Moving away from classic King, Doctor Sleep proves that Stephen King can still share the bejezus out of us in his newer novels. The story follows Danny Torrence into adulthood and faces him off against a new monster – Rose the Hat. Part of the True Knot, a group of semi-immortal killers who travel America in Winnebagos, Rose and her friends murder children and feast on their ‘steam’; the psychic essence that those with the Shining possesses. Despite appearing beautiful, Rose is actually a merciless predator and capable of unhinging her jaw, revealing a huge tusk. After reading the moment when Rose suddenly pops up at Danny’s window uninvited, you certainly will want to sleep with the curtains closed.

Do you think we missed any out? Have your say in the comments below.

Katie Blagden is a freelance filmmaker, writer and, above all, a fan-girl. Her articles have appeared on WhatCulture and Food & Thought. You can follow her on twitter: @KatieBlagden or check out her website: www.katieblagden.co.uk where you can see some her creative filmmaking and writing.