Spider-Man: Into the Spider-Verse Review 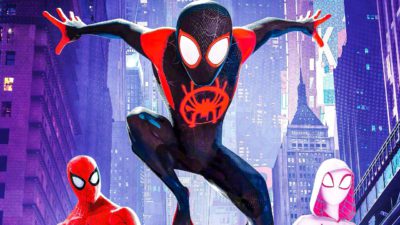 Spider-Man: Into the Spider-Verse shouldn’t be in cinemas. Don’t get me wrong, it’s a brilliant, innovative film and fully deserves to be enjoyed on the big screen by a wide audience. What I mean is that after the launch of three previous big-screen Spider-Man film franchises in less than two decades, it’s difficult to grasp how a major film studio has managed to win a theatrical release for a fourth. Of course, watching promotional material in the build-up to its release gives you a good sense of how it always had the potential to be something special: the fact that it was going to be based on the popular Afro-Latino Ultimate Spider-Man, Miles Morales, that Spider-Gwen teaser video and catchy theme song all got the old spidey senses tingling, for me at least. But when talking to people about the upcoming film the conversation usually tends to go as follows:

It’s out already? What about Infinity War, didn’t Spider-Man—?

Not that Spider-Man. This is another Spider-Man, Miles Morales. It’s a completely new film franchise, set in a different Cinematic Universe.

Just what we need, another Spider-Man movie. Who’s Miles Morales?

Just your average teenage Brooklynite bitten by a radioactive spider. You can probably guess the rest.

And this guy exists in another Universe apart from the Marvel Cinematic Universe. And he’s Spider-Man, not Peter Parker?

Well, another Miles is somewhere out there in the MCU too – he’s mentioned in Spider-Man: Homecoming. And Peter Parker is still Spider-Man in Into the Spider-Verse. There are multiple Spider-Persons in this film… Basically, big baddie Kingpin aka Wilson Fisk – note: not the one from the Netflix Daredevil series – has somehow managed to tear a hole in the fabric of time and space, inadvertently creating a “Spider-Verse”.  It’s all very sci-fi, inter-dimensional, timey wimey stuff; you’ll have to watch it to understand, really.

My head hurts. Too many Spider… People. Why do we need another one?

I know, it’s a little confusing, but at least Spider-Verse is animated, so you’ll be able to tell this one apart from all the others.

Nicolas Cage is in it—?

I mean, I get it. People are confused, people are tired. But the Spider-Verse isn’t more of the same, nor is it your standard straight-to-VOD comic book animation. Firstly, the animation is completely unique. Every frame is carefully and artfully rendered in a way that gives it the feel and dynamism of a comic book in places, and something thrillingly indefinable in others; the final act feels just as epic as any live-action blockbuster, and particularly as trippy as Doctor Strange.

It’s also the playful style of animation that gives Spider-Verse the freedom it needs to be self-referential without feeling like its unavoidably re-treading old ground. From the interluding voice-overs explaining familiar plot points and backstories through to the comic book captions and even the liberal placement of Sony-branded headphones, Spider-Verse is self-aware almost to the point of parody (see post-credits sting). And it’s not just for comic effect. The film is essentially one big homage to Spider-Man and the superhero comic book genre in general – the delicate balance of familiar plot and character points with its variability and capacity for innovation. Spider-Verse manages to be deliberately derivative, pointing to recognisable comic book and blockbuster tropes to subtly undermine and sometimes even celebrate them for their inexhaustible use: origins, tragic backstories, last-minute epiphanies, quotable one-liners, the defining “Uncle Ben” moment etc.

And as such, it’s inevitable that a more-than-familiar knowledge of the Spider-Man source material is required for maximal enjoyment. There are certainly Easter egg references and gags I won’t have picked up on. But perhaps this is also partially the point. This is a movie you come away from wanting to dive back into the comic books, discover the world of Spider-Man again and the new heroes, the Miles Morales’, that are still being created and developed after decades of original stories and villains and archetypes. It’s the reason why creative pioneers such as Stan Lee are regarded with such high esteem, and why his absence has and will continue to have such a huge impact. And why in years to come creators will still be relying on the groundwork laid by those before them for the continued enjoyment of readers and viewers alike. 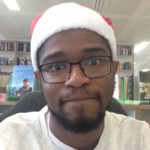