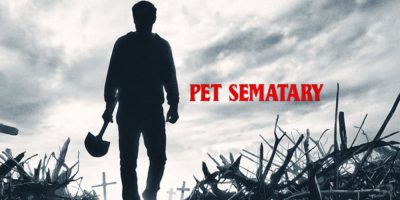 With a new film about to be released, it’s time to re-examine the book Stephen King personally deems his most frightening – Pet Sematary – a book in which he felt he had ‘gone too far’, one he literally put away in a drawer ‘thinking it would never be published’.

It’s terrifying not because of the literary jump scares it contains (though there are plenty of them) but because, in King’s words, ‘I had gone too far in terms of my personal feelings. Put simply, I was horrified by what I had written, and the conclusions I had drawn.’ It is, in the end, the tale of a man defying the ‘will of the universe’, bringing back the dead and thereby reaping his self-destruction. The lesson here is, though we cleave to those we love in sickness and in health, sometimes, in the words of one of the central characters, Jud Crandall, when the end comes, ‘dead is better’.

The beginning of the book takes us by stealth. From the title any of us pet owners might deduce that the book will address our great fear: the departure of our beloved animal companions from this world. But as with so many of his other works, King sucks us into his nightmare incrementally. He is the master of step-by-step escalation. The concern of losing the beloved dog, cat or rabbit is merely the prelude to an even greater concern: human loss. This will be the journey of Dr Louis Creed, our ingenuous hero, who, step by step, is led into the Dantean circles.

When Creed moves his family from the urban rat race to the apparent tranquillity of a beautiful old house in Ludlow, rural Maine, life seems good. Here, surely, he and wife Rachel and their kids Ellie and Gage will grow and prosper. They have nice old neighbours, the Crandalls, who have lived here all their lives and are the soul of this beautiful countryside personified. The only off note is the highway running between the Creed and Crandall houses with its lorries thundering past day and night. As Jud Crandall warns Creed: ‘that road had used up a lot of animals’ and testament to that is the pet cemetery in the woods at the back of the Creed property.

Creed’s spiralling, inward journey to the heart of darkness is mirrored in the book’s central symbol, the concentric rings of grave markers in two cemeteries. First is that eponymous Pet Sematary of the title, its child’s misspelling redolent of naïve innocence and loss, a place where for all the C20th century and maybe before, local kids have brought their dead pets, many killed on the highway. But beyond that, in the woods that once belonged to the local Native American tribe, the Micmac, is another burial place that can only be reached by a terrifying journey through a ghost-haunted bog where it is said, the Spirit of the North Woods, the Wendigo roams.

The dead animals lie forever in the first, but, in the second, the planted corpses come back. The seductive knowledge of the power of this second graveyard is the terrible secret of Ludlow and Jud Crandall, who buried his old dog Spot there, and saw it live four years more.

Louis and Creed form a bond, but one that will destroy both of them. When Creed saves Jud’s wife during a heart attack and the Creed’s cat, Church, falls victim to the highway, Jud thinks he’s doing Louis a return favour by showing him the secret of the second graveyard.  A hellish journey follows. The older man admonishes the younger to keep his eyes to the front and dismiss the awful nighttime cries of the creatures hidden in the dark. They lay Church in the Micmac burying ground and, just as Jud’s pet dog came back all those decades ago, so Church comes back, but in an altered state with dead eyes and a tumbling, anesthetised walk and a grave soil stink that telegraphs that maybe ‘dead is better’

Now the road has eaten up more than cats in its time and the resident evil sitting in the woods wants more souls. The next victim of Highway 15 is not going to be just an animal, no sirree. It’s going to be a person, and one who is very close to Louis Creed. So close in fact, that, in his grief, he will dare the universe and once more journey to the Micmac burying ground, this time with a human freight … 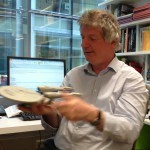