Friday Favourites: Things We Read and Watched in May

This month we published fabulous new books by Sarah Lotz, Nnedi Okorafor and Brian Catling, and revealed some dazzling new covers. It’s been a busy one, but we’ve also managed to kick back with some good books, films and TV shows. And one slightly dubious film. Here are the best things we read and watched this month: 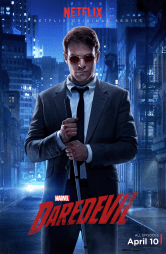 Is Netflix the new HBO? OK, my Dongle misfires occasionally but I can forgive it anything if it delivers great shows.   As well as having the run of some best-loved TV series, their Orginals programme had already produced two absolute zingers in House of Cards and Unbreakable Kimmy Schmidt. Now comes Marvel’s Daredevil.  Anne Perry has already told us why we should be watching the show here. Beautifully shot, beautifully scripted, beautifully acted… the character complexity is as enthralling as anything since Breaking Bad . It’s like Shakespearian tragedy for the telly, but with more fights. 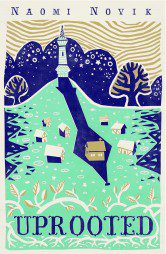 I’m cheating a bit, since I read this a while ago. But it published this month, so I’m going to add my voice to the chorus that’s telling you to go read this book IMMEDIATELY. Because it is wonderful.

Uprooted is the story of a girl – an ordinary, unmemorable girl – who lives on the fringes of a dark and terrible forest. For a century the local wizard has kept the darkness at bay by taking a girl from one of the nearby villages as his servant, once every ten years. And Uprooted opens the day he chooses Agnieszka, seeing in her some latent and wholly unsuspected ability. There’s action and adventure and self-discovery, magic and warfare (and an incredible siege set-piece, if you love those as much as I do), monsters and mystery, mythology and history and friendship and romance and, above all, love. It’s a book bursting with love – love of place, of characters, love of friends and family, love of quiet moments and of huge explosive full-frontal awesome.

I couldn’t put Uprooted down when I first read it and I can already tell that I’ll be joyfully rereading it for years to come. I cannot recommend it highly enough. 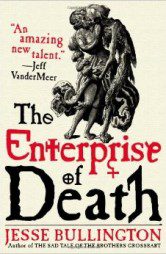 The Enterprise of Death by Jesse Bullington

War. Witch Hunts. Syphillis. People had it hard in the 16th century. But, lesbian Moor necromancer Awa has it especially hard. Apprenticed against her will to an odious tutor, Awa is instructed in the arcane art of necromancy and becomes a learned practitioner of resurrection, cannibalism and other unmentionables concerning dead bodies.* There are a lot of dead bodies. In various states of decomposition. But mainly very decomposed.

As Awa tries to escape the clutches of her tutor she meets a few friends, a sentient hyena and some naked vampires. It’s a lot of fun. This novel is a work of genius because, aside from all the immensely fun gore and magic, it’s also hilarious and rather touching. Don’t believe me? Read it!

* Yes, the one you’re thinking about does appear. 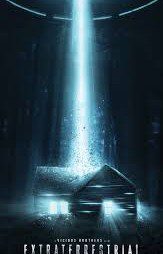 I watched Extra Terrestrial because I love a good creature feature. No, not the one about the cute, squat little chap who likes beer and calling his folks with a Speak & Spell to come pick him up. This is another teen cabin holiday gone wrong when a space ship crashes in the woods and one of the group accidentally shoots an alien so instigating a interstellar war between species. As it turns out the alien dudes have been kidnapping and probing (yes, literally probing) earthlings for centuries anyway so it seemed about time for some payback. I don’t care about putting this spoiler alert out there because I’m not recommending a watch: there is no happy ending, and they don’t kick much alien ass on the way to their sticky ends either.

Love to hate it! 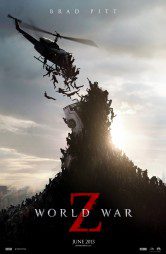 My favourite thing I have watched this month was a rewatch of World War Z.   It popped up on my Netflix and I obviously couldn’t resist.   I have seen this one about 5 times now but I bloody love it!   Firstly, it appeals to my love of disaster/apocalypse/semi-end of the world films and secondly, BRAD PITT.   If you haven’t seen this film (shame on you), I highly highly recommend it.   Slightly budget ending but worth it for the rest!