Friday Favourites: things we read and watched in May 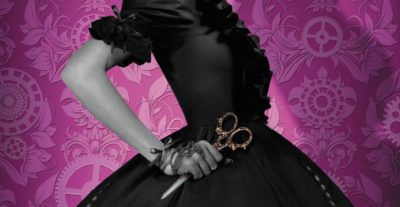 Posted on May 27, 2016 in Books, Film, Friday Favourites, Television with tags

From zombies to finishing schools, the best things team Hodderscape read and watched in May. 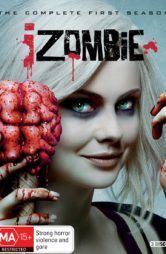 Rob Thomas won his place in my affections with Veronica Mars, the brilliant high-school set noir procedural that introduced the world to Kirsten Bell and reinvented Hammett-esque first-person narration for the 21st century. I also loved Thomas’ brutally funny, profane, extremely dark sitcom Party Down (which is what Adam Scott, aka TV Boyfriend #1 Ben Wyatt, was doing before Parks & Rec.)  So imagine – just imagine – how excited I was to learn that Thomas was doing another series… about a zombie PI. Well, sorta. And imagine how excited I was when it finally popped up on Netflix?

Liv Moore (yep, that’s her name) is a young ER doctor with her entire life in order: she’s engaged to a super hot, super nice social worker (Major Lilywhite; yes, that’s his real name); her best friend is an ambitious young district attorney on her way up in the world, and things just couldn’t be better. Until the night that Liv goes to a party and is attacked by… something? And then Liv wakes up in a bodybag. Craving, you guessed it, brains. Cut to six months later: Liv’s working as an assistant medical examiner and living as a secret zombie. She’s broken off her engagement, breaking Major’s heart in the process, alienated her friends and family, and her only ally is her boss, adorable ME Ravi, who knows her secret and is trying to help her find a cure. But things are even more complicated than that: when Liv eats a brain she gets visions from the dead person’s life. Liv has made peace with her awful, lonely, undead status by using her gifts to help solve murders (by convincing detective Clive Babineaux that she’s psychic).

And Liv isn’t the only zombie in Seattle. Enter Blaine, played by Alias’ David Anders, who seems to have made Liv a zombie in the first place.  His status, and his endgame, are as uncertain as his loyalties. I blitzed through the first two seasons of iZombie in about a week and a half and I’m now desperate for more. I’m just going to have to read the comics, aren’t I? 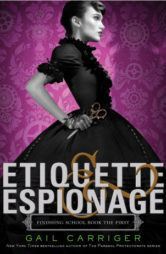 This is approximately the 67394th time I’ve raved about Gail Carriger on here, but I will not be censored. I love Gail Carriger, and this month I tore through her YA Finishing School series. It takes place aboard a finishing school (set in a dirigible, naturally) where young ladies of quality learn to finishing everything. More specifically, people. In a amongst lessons on how to curtsey correctly and how to host the perfect tea party are knife-throwing tutorials from dashing werewolves and lessons on how to transmit secret messages via fans. Oh, and there’s also a mechanical sausage dog.

Etiquette & Espionage is the first book in this delight of a series. Treat yourself! 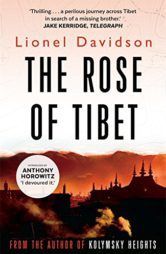 The Rose of Tibet by Lionel Davidson

Fans of genre may very well like Davidson’s classic adventure story. Ancient Tibetan books of prophecy predict calamity for the realm in 1950. The forthcoming danger seems to concern outsiders, so the Tibetans use every ruse available to repel foreigners from their borders. Unfortunately a British film crew gets stranded at a remote monastery and then disappears altogether.  The brother of one of the missing, Charles Houston,  is sent to the Himalayan region to get proof of their deaths. But the Tibetans won’t allow him a visa  to travel. He musters his courage,  takes a local guide, sets off on a perilous journey over the border and through the mountains. Altitude sickness, starvation and  blizzards nearly kill him before he reaches the all-female monastery of Yamdring where his brother and the others were last seen.

By the strangest set of coincidences Houston’s arrival seems to comply with another prophecy, this time telling how the reincarnation of a monkey god who centuries earlier coupled with the She Devil of the Mountains to produce the people of Tibet, will return to the monastery at this moment in history. The She Devil lives reincarnated in the body of the Abbess. The strange adventures, one of them involving the private parts of a golden monkey statue, continue; all is not as it seems at the monastery; the Chinese army mass on the border ready to invade…

The novel is an outstanding feat of fiendishly complicated plotting effortlessly delivered by the master of another great quest classic, Kolymsky Heights. 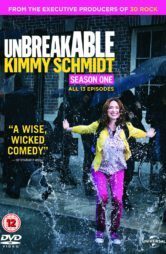 This show has totally grown-up. From the funny yet slightly 2D characters from the first series, beautiful, well-rounded (well, more well-rounded) butterflies have emerged from their cocoons. Kimmy has seen the most growth, finally facing up to her years of living in the bunker, and getting to grips with her emotions – namely anger and sadness. Lilian finds a purpose in trying to shoo hipsters away from her community. Jacqueline finds a connection to another person baffling (but it’s David Cross, so that totally makes sense) and Titus finds a boyfriend, who’s quite adorable. Add in the addition of Tina Fey herself as a therapist going off the rails, and that’s the kind of show I like to watch.

Worth watching for the partially horrifying Disney-inspired animations towards the end of the series. 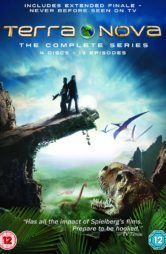 I rewatched Steven Spielberg’s Terra Nova this month – it was more fun that I remembered but it’s understandable why it wasn’t renewed for another season. The premise was promising and engaging – the future is messed up because humans and a few genius people are sent through a one-way time/alternate-reality rift to live among dinosaurs, but with sci-fi tech and guns. The show’s CGI left a lot to be desired and it didn’t have that driving force in the story to really get you invested in the characters, BUT it’s on the list because I still wanted to keep watching and it was pretty annoying that I didn’t get to find out how there was a prow of a ship back in dino-times, it sucks when a cliff hanger will be hanging forever.