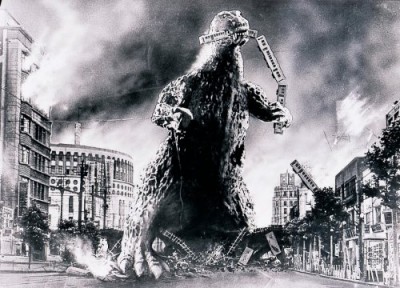 We’re delving into the deep to find our favourite sea creatures. It’s a kraken read!

The mega shark from Mega Shark Versus Giant Octopus

Below the thunders of the upper deep;
Far, far beneath in the abysmal sea,
His antient, dreamless, uninvaded sleep
The Kraken sleepeth: faintest sunlights flee
About his shadowy sides: above him swell
Huge sponges of millennial growth and height;
And far away into the sickly light,
From many a wondrous grot and secret cell
Unnumber’d and enormous polypi
Winnow with giant arms the slumbering green.
There hath he lain for ages and will lie
Battening upon huge seaworms in his sleep,
Until the latter fire shall heat the deep;
Then once by man and angels to be seen,
In roaring he shall rise and on the surface die.

I love sea creatures – the colours and the wiggly bits and all the super weird stuff. And the deeper down you go, the weirder the stuff. Like this. And this. And whatever this is. And I love the more normal stuff, too – rays, starfish, sea anemones, flying fish, jellyfish… even just regular ol’ fish. But at the end of the day, it’s no contest what my favourite is: the squid. They come in all shapes and sizes, they zip around fighting whales (and angry submarine captains), they squirt ink. For my money, there’s no better sea creature out there.

Sebastian from The Little Mermaid

Strong competition this week, but I’m going to go with Sebastian from The Little Mermaid. He is a red crab with a Jamaican accent – need I say more?

Also, he sings one of the best Disney songs of all time: 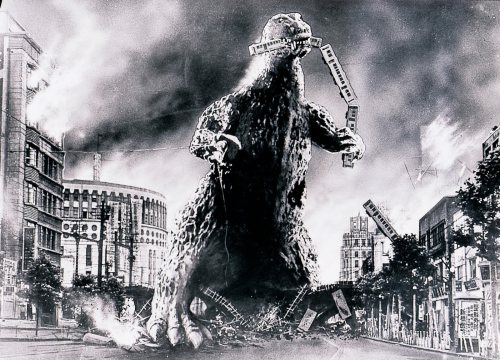 Godzilla (or Gojira), a kaiju first shown in Ishirō Honda’s 1954 Godzilla, is definitely the crème de la crème of sea creatures. The story of Godzilla is iconic in popular culture, which is why there is such excitement for the new film that is currently in post-production. Honestly, I am lost for words trying to explain what makes Godzilla so epic. In the most basic sense, it is a giant sea monster that wreaks havoc on a civilisation that pretty much deserve it. Created initially as a metaphor for nuclear weapons (the consequences of which still ripple through to the present), the concept of Godzilla has taken both serious meaning and more comical sentiments in its many film incarnations.

I don’t really think anyone can argue with me when I say that the new film looks like it will be in a different league to the 1998 Hollywood remake (which I will still guiltily love), if you haven’t checked out the trailer it is definitely worth watching! I’ll also recommend watching the original Japanese 1954 movie!