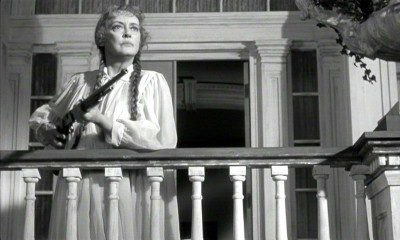 Posted on October 16, 2015 in Friday Favourites with tags Horror

From Buffy the Vampire Slayer to Henry James, explore our favourite haunted houses. 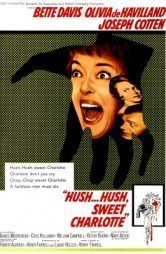 Is this the most terrifying movie ever made? Bette Davis plays reclusive, rich spinster Charlotte Hollis living her twilight years in a creepy, Gothic antebellum mansion in Louisiana. Nearly 40 years before Charlotte was the presumed murderer of her married lover, John Mayhew, after Mayhew decided to end their affair. Mayhew’s body was discovered decapitated and with one hand severed in the summerhouse. Her home is now scheduled for demolition but Charlotte will not move out. The past in the form of a ghostly headless corpse and her former lover’s harpsichord music infest the house on a nightly basis. Phantasmagorical horror suspense. 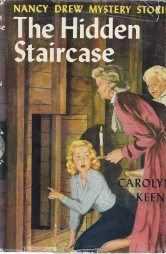 The Hidden Staircase by Carolyn Keene

The very first Nancy Drew I ever read isn’t properly a haunted house; it’s a mystery about two houses with a, you guessed it, hidden staircase connecting them. The evil dude in house one (Nathan Grombet, and I’m very impressed with myself for dredging that name up) wants to buy the two sweet old ladies out of house #2. When they won’t sell he makes use of a hidden tunnel connecting the two houses to torment them. They ask Nancy to come by and figure out whether their house is haunted; she immediately suspects that ghosts are a less likely explanation than skulduggery by the evil Grombet (after all, his name is Nathan Grombet. Also he totally stole some eggs once!) and eventually proves that, indeed, Grombet is responsible for the hauntings by way of that secret tunnel. 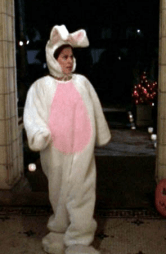 The Alpha-Delta House from Buffy The Vampire Slayer

This haunted house has something for everyone. Spiders. Backstabbing skeletons. Grapes that turn into eyeballs. It brings its victims’ greatest fears to life, which is a bit of a problem when you’re throwing a Halloween party there. Things get confusing, people get mutilated. Luckily, Buffy was on the invite list.

The demon behind these Halloween hijinx is Gachnar. Gachnar is Dark Lord of Nightmares and the Bringer of Terror. He’s also just a few inches tall. Buffy laughs at him and then squishes him with her boot.

As well as having one of the sassiest slayings ever, this episode has one of my favourite Buffy lines: ‘Hey everybody, it’s Giles with a chainsaw!’ 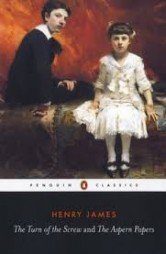 For a 19th Century ghost story, look no further than The Turn of the Screw. The relationship between ‘ghosts’ Miss Jessel and Peter Quint and the two children is sinister, and whether or not you believe that these ghosts actually existed, or that the narrator has been driven mad, you’ll find yourself watching out for misty figures looking through windows at you for many months to come.