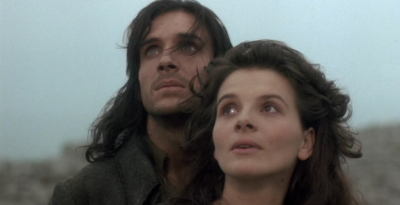 It’s Valentine’s Day! Love is in the air! Here are some of our favourite couples. (Don’t worry; Buffy and Spike are in there.)

It’s Valentine’s Day and we’re picking out our favourite couples! But don’t worry, we’re not getting too sickly: there’s a heavy dose of yearning, missed opportunity and tragedy in this week’s Friday Favourites.

I don’t want to be forever blowing hot air out of the Dodo’ beak, but many answers to life’s gnarly problems are sitting right in front of us here in the Hodderscape offices. Given this week’s assignment I was sore put upon to think of heart-stopping romance in adult genre writing. She might be the fairest of all the elves but Galadriel doesn’t get MY pulse pounding. And, to tell the truth, I’m not a big one for the whole YA paranormal romance thing.

The answer was, of course, staring at me from my bookshelves. What could be more romantic than a  rogue angel who goes to hell to rescue his demonic girlfriend?

‘Her name was Caz, short for Casimira, also known as the Countess of Cold Hands, a she-demon of high standing and about the most mesmerizing creature I’d ever seen.  When we met we were on opposite sides in the ancient conflict between Heaven and Hell.  We became lovers, which both of us knew was an extremely stupid, supremely dangerous thing to do.  But something drew us together, although that’s a pretty damn bland, vanilla way of putting it.  We made sparks — no, a raging fire — and it still blazed inside of me, long after she’d gone.  Some days it seemed like it was going to burn me to ashes.’

Fans of the Bobby Dollar books will be aware of the byzantine twists by which this unlikely pairing comes about (a lost soul, a stray feather and an unpleasant encounter with Casimira’s demonic ex-boyfriend, Eligor, Grand Duke of Hell, are involved). What’s nice about Bobby is he’s a pretty average Joe for a private eye angel — the sort of guy who, by spitting it out, will put the gum on your shoe. But when the chips are down and his lady friend is the unwilling guest of the infernal hordes, he’s the one who will go that extra thousand leagues or so for you, shed more than his body weight in blood and sweat and quite literally have his balls barbecued in the fiery depths; all for the sake of love.

Leela and Fry from Futurama

One of my favourite couples in genre – and, frankly, pretty much anywhere – has to be Fry and Leela from Futurama. Over the course of its first four seasons, Futurama delivered not just brilliant storytelling, golden-age parodies and awesome, hilarious, geeky humor but also some sly character development, particularly of these two characters. Philp J. Fry, when we first meet him, is an aimless 20-something with a dead-end job as a pizza delivery guy who gets accidentally (or not…) cryogenically frozen for  a thousand years. When he wakes up it’s the distant future, but the world is not so very different (though there are more aliens and suicide booths than in his own time.) Fry quickly reinvents himself as… a delivery guy, but this time around he’s a delivery guy for Planet Express, a modestly successful interplanetary delivery service run by his last living relative. Fry’s instantly smitten with Leela, who becomes the Planet Express pilot, and spends most of his spare time drinking, dating, or mooning after her. She may be a one-eyed purple alien (or is she?) with control issues, but she’s the girl of his dreams.

For her part, however, Leela’s not so excited about Fry as a romantic partner; he’s a lazy slob without much going on in the IQ department. Over the course of the series, however, the two discover that they can bring out the best in each other; Fry’s a basically decent man with a kind heart, and his unfailing faith in her softens Leela, who is intimidating to others and hard on herself. Despite the fact that the show went on beyond the first four seasons, my favourite Fry and Leela episode is the classic ‘The Devil’s Hands are Idle Playthings,’ which initially served as the show’s final episode following its cancellation. (SPOILERS) In ‘Devil’, Fry – who has always struggled to articulate his feelings to Leela – trades his own clumsy hands for those of the Robot Devil. With them he composes Leela an opera to tell her how he feels about her. At the opera’s world premiere, the Devil Robot, annoyed that Fry’s actually pretty happy with his terrifying new hands, indulges in the usual Faustian shenanigans; Leela is deafened and  agrees to marry the Robot Devil in exchange for ears to hear the opera, and Fry gives up his robot hands to save her. Without the hands, though, Fry’s unable to continue the opera. In the end, Leela asks Fry to keep playing anyway, and he conjures an image of the two kissing and walking away together. It’s a touching cap to their relationship and to the emotional core of the series, though happily not the last chapter in either. (END SPOILERS)

Karou and Akiva from the Daughter of Smoke and Bone trilogy 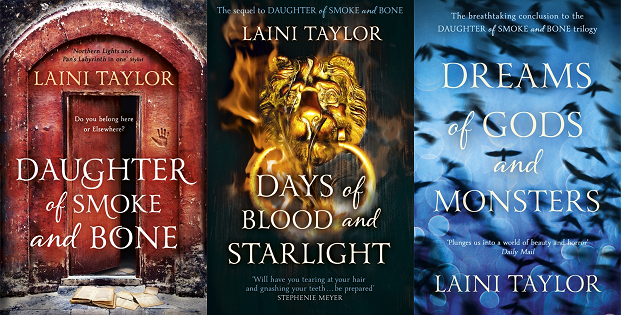 ‘Once upon a time, an angel and a devil fell in love and dared to imagine a new way of living…’

A truly breathtaking, devastating love story: Karou and Akiva in the Daughter of Smoke and Bone trilogy. I don’t want to say too much and spoil things for those who haven’t yet read the books, but this particular romance spans more than one lifetime and more than one world. It is poetically beautiful, raw and real, and charged with every emotion imaginable. And it is the spark that sets in motion the events that will change two worlds forever. Just stunning.

Cathy and Heathcliff in The Wuthering Heights 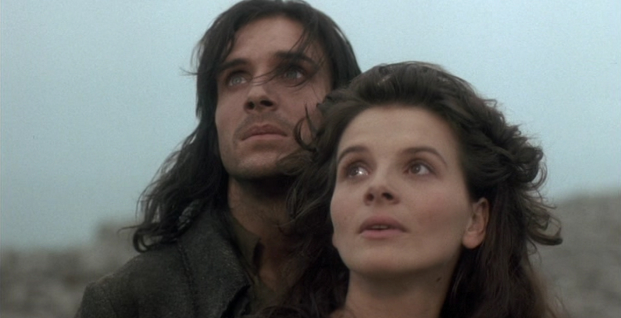 I remember reading Wuthering Heights as a young, impressionable individual and thinking that the moment when Heathcliff, following Cathy’s death, says  “I have to remind myself to breathe” was pretty much the most romantic thing I’d ever heard. Because of course the essence of romance is mutually assured destruction.

I still kind of think that, though I can also acknowledge that Cathy and Heathcliff are in many ways a pretty terrible couple. They are as much doomed by their crappy personalities as they are social circumstances and, aside from the pettiness and deliberate attempts to hurt each other, they don’t actually really manage to make a go of it as a couple.

BUT: all the great loves (Romeo & Juliet, Angel & Buffy, Rayna Jaymes & Deacon Claybourne etc) are pretty terrible for all parties involves and that’s the way they should be! Great fictional romances should be tragically co-dependent, mutually dysfunctional and worthy of a song from Kate Bush.

Spike and Buffy from Buffy the Vampire Slayer

If I’m going to talk about a romance, I already know what it will be: Buffy and Spike. Before you groan just hear me out, this isn’t one of those obsession pairings that I’m hyper excited about – I’ve got legitimate reasoning!

So, Spike was evil at the beginning and Buffy absolutely demolished his hopes of being the vamp to kill her. Things evolve and Spike gets that chip in his brain which leads to him having to spend time with the gang and have Buffy be disdainful of him close, and what is more attractive than someone who is unattainable? Usually this illogical model is held up against women, who are stereotyped as always going after men that are mean to them, here we have the COMPLETE reverse. Now I can almost hear the Buffyverse screaming at me, but in the final episodes Spike says he loves her for her, not because she was unattainable. Being without a soul means he can’t feel true love, it’s only after they start their physical relationship that it starts to evolve, leading to the inevitable return of his soul. That’s when the real romance gets going.

The reason I like this romance is simply because it makes sense, it isn’t mutually obsessional like Buffy’s relationship with Angel (cue gasps). The romance built up over time, as most of the best ones do, when they do fall for each other it is for legitimate reasons. With so many romances you barely see its actual growth, even though this is an exaggerated version, it remains true to life. You have the evolution of emotions, showing that they are not stagnant.