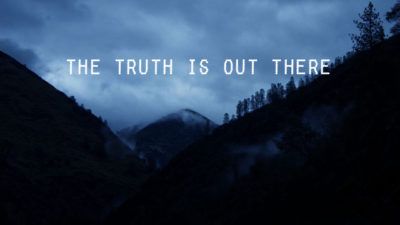 The human mind deals with problems of the world in many ways.

Some people get ultra religious, others bombard their brains with mindless entertainment but my favourite is creating a theory that is so god-damned bizarre that when someone else hears it they just sit back and say, ‘Huh…  interesting’, this is usually accompanied by a wide-eyed stare and a slow, nervous nodding of the head. You might have heard of some of these because this is the modern world and you can see every crazy under the sun if you just google ‘WTF’, but here are some of my faves…

Honestly, this one is a favourite of mine. Created by David Icke – an author, public speaker and professional conspiracy theorist – the idea is that humans and alien-reptiles got in on a while ago and their descendents have infiltrated governments, monarchies and many prominent global positions. They aim to create and spread dischord, leading to a down-trodden and subservient global community. Google reptoids and you’ll enjoy yourself for a few hours – don’t say I never gave you anything!

You’ve most likely heard of this one – every Tom, Dick and Harry likes to point out signs of the illuminati to me in Rihanna’s music videos, so I’m sure others must get it too. Even though the Illuminati were an actual group of people who were dedicated to the exploration of science and fact, others believe that they are an existing group of people (usually) in government that are controlling world events for their own benefit. You can pretty much find ‘signs of the Illuminati’ everywhere – enjoy that google-search pit.

According to some sects of Christianity dinosaurs didn’t actually exist, this is because their existence was 240,000,000 years ago and the Bible believes it is under 10,000 years old, awkward. I however choose to believe in the glory that is a T-Rex with its big teeth and tiny arms, how can you not want that to be real.

You know what Tupac, Elvis and Michael Jackson have in common? No, not just that they are amazing musicians that impacted the world in a huge way – there are some who believe that these artists aren’t dead, they faked their deaths and are now on a secret island living out their lives. I kind of like this one…

Disney Was A Perv

Yup, you read that right – loads of disney movies throughout the ages have had scenes that are… questionable. There is the sex in the stars scene in The Lion King, penis on the tower in The Little Mermaid and the ‘take off your clothes’ bit in Aladdin, plus many more. I suggest looking them up on YouTube – I would provide a link but there are so many videos I can’t even decide which one to pick! This one has a hint of truth to it just because bits of these movies have been altered in the remastered editions, taking out the controversial parts… huh, interesting.

There are so many more theories out there that I can’t go on, but maybe you know some more? Share them with us because we enjoy a good laugh as much as the next conspiracy-sceptic, aka everyone apart from conspiracy theorists… If you want to find some more of ’em here’s a handy wiki page: http://rationalwiki.org/wiki/List_of_conspiracy_theories – enjoy!