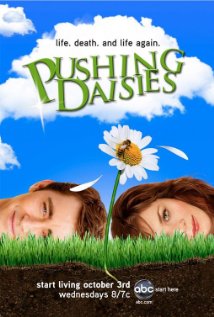 Everyone loves a good sci-fi or fantasy TV series whether it’s Game of Thrones, or a favourite guilty pleasure like Teen Wolf. With so many well-known TV series, it can be easy to miss some great shows, so here are a few great series that you may not have heard of yet. 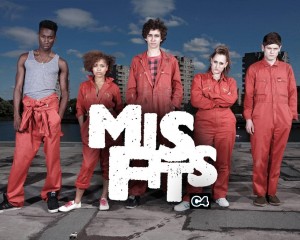 Misfits is a British comedy-drama about young offenders who in an electrical storm gain superpowers. Misfits has that incredible mix of having a cast (including Ramsay from Game of Thrones!) that works together amazingly with writing that can make you go from hysterical laughter to hysterical crying in one scene. The first couple of seasons with the original cast, and the pairing of characters Simon and Alisha were undoubtedly the best. However, the later seasons with a rotating cast kept up the quality of the show with complex but incredibly entertaining plotlines.

This one may be a slight cheat with the amount of recent attention it has gotten, but as long as there are people out there who still haven’t experienced it, it deserves to be on this list. Orphan Black tells the story of Sarah Manning who discovers that she is a clone, with counterparts ranging from suburban housewife Alison, to crazed assassin Helena. With the amount of characters she plays on the show, Tatiana Maslany is arguably the best actress on TV. Jordan Gavaris playing Felix is by far the most sarcatic character the show has to offer, giving excellent one-liners such as “You cannot hide in minimalist furniture!” This show is so tense throughout that you’re likely to end up binge-watching the whole series without feeling the slightest bit of guilt.

Black Mirror is by far the darkest and most dramatic TV series on this list. Each episode is in a different setting and with a different cast. The show focuses on the dangerous aspect of dependency on technology. Two of the more well-known episodes are ‘The Entire History of You’ and ‘Be Right Back’ which both focus on relationships between young couples and the role technology plays in their downfall. Black Mirror is consistently compelling but completely terrifying, as each episode has characters in the not too distant future facing dark situations that feel incredibly real and familiar to audiences today. 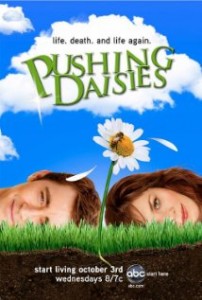 Pushing Daisies centres on pie-maker Ned, who has the ability to bring things back to life with one touch and kill them permanently with a second. Ned works as an amateur detective who brings dead bodies back to life to find out who murdered them, with one of these bodies being his childhood sweetheart Charlotte or “Chuck”. The show is visually incredible with bright colours and animated looking settings. However, it’s the fast paced dialogue and unusual relationship between lead characters Ned and Chuck that draws you in and makes you incredibly upset that the show only lasted for 2 seasons.

Arrow is a series that should not be judged by the number of incredibly good looking actors that star in it, but by the great story arcs that are built up every season and the care that is taken in carving out a history for each character. Some of the cheesier aspects of arrow are worth sitting through for the great character development of main character Oliver Queen as well as his relationship with Felicity played by Emily Bett Rickards. Though there are flaws in the show, such as the entire character of Laurel, Arrow is still one of the better superhero adaptations out there because of its constant exploration of characters and the great flashback sequences.