Read an extract from The Spider by Leo Carew 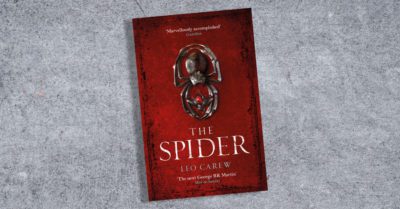 Posted on July 1, 2019 in Books with tags Leo Carew, The Spider, Under The Northern Sky

Roper, the Black Lord of the northern people, may have vanquished the Suthern army at the Battle of Harstathur. But the greatest threat to his people lies in the hands of more shadowy forces.

In the south, the disgraced Bellamus bides his time. Learning that the young Lord Roper is planning to invade the southern lands, Bellamus conspires with his Queen to unleash a weapon so deadly it could wipe out Roper’s people altogether.

And at a time when Roper needs his friends more than ever, treachery from within puts the lives of those he loves in mortal danger . . .

Click here to read an extract from The Spider 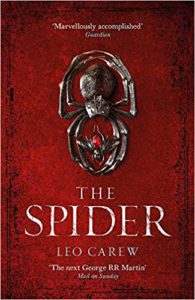 The Spider by Leo Carew is out now in hardback, ebook and audio.