What Ever Happened to Danny Torrance? 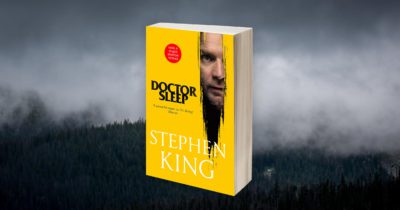 The book of Dr Sleep and a new film based on it reveal the future of the haunted kid in The Shining.

The movie of the sequel to The Shining is due for release today.  From time to time I go back and watch Stanley Kubrick’s 1980 masterpiece. To be honest, sometimes I don’t get much further than the opening sequence with the organ transcription of Berlioz’s Dies Irae and the aerial shot of the Torrance family Beetle dwarfed by the Colorado Mountains heading to the Overlook Hotel. I’m too terrified to continue after that. We know how it will end. As Wendy remarks to Jack, isn’t this where the Donner party of settlers became stranded one winter in the mid C19th? Like the Donners, the Torrance family will eventually resort to a kind of cannibalism, a mental cannibalism leading to psychotic violence.

The film is operatic, cold and terrifying. Stephen King criticised it as too cold.  Certainly, there is less predetermined doom in the novel. There are chances for Jack, Wendy and Danny to escape. For Jack to escape the alcoholism and rage; for Wendy and Danny to escape Jack. There are no such chances in the film. The end shot of Jack caught in a black and white photo of a ball in 1921 suggests that Jack, or a version of him, has always been at the Overlook.

Dr Sleep director Mike Flanagan and his team have made the connection to the earlier film latent in their pre-release trailer and poster: the ghostly presence of the Overlook is everywhere: Danny on his tricycle in the haunted corridors, pausing at Room 217, the flood of blood geysering from the lift, even the poster with Danny (not Jack) staring though the shattered door into the family apartment that Jack hacked open with a fire axe in The Shining – all mirror the visual world of the first movie.

Stephen King and Flanagan have met and discussed the movie and come to an understanding. One of the huge and factual differences between the original novel and the film is that in the former the Overlook does not survive: it is destroyed when the malfunctioning furnace in the basement blows up. But the Overlook can’t be got rid of that easily.  It plays a major part in the sequel novel. At its climax Danny will return to the site, now a campground run by a sinister soul-stealing organisation known as the True Knot.

Whether the new film will follow the novel or the film version of The Shining will only be revealed today. In the novel, these Overlook references are not literal but the shinings haunting first the traumatised child and then the adult Danny (now Dan) Torrance. He is cursed and blessed with his talent, a combination of telepathy and clairvoyance that give him a spooky knowledge of past events (the evil that was once done at the Overlook) and future events, particularly other people’s deaths; this last ability is one he puts to altruistic use, easing the ends of those dying in a hospice in New Hampshire.

The novel begins with a few childhood scenes: with his traumatised mother, Wendy, then the flashbacks to the Overlook. Then, in the first chapters, we see him as an adult in a heartrending scene King introduced as a counterpoint to the scene in The Shining where Jack, on a bender, thinks he’s killed a child in a hit and run and swears to give up drinking forever. Here Danny steals the rent money of a woman, Deenie, he’s hooked up with overnight. He does the deed in front of her 18-month-old son as his mother lies unconscious and naked on the floor. In a fit of self-loathing afterwards he swears he will give up drinking, as he’s done so many times before, but will he? Can he?

Like father, like son? This is the big question of Dr Sleep. Dan’s young mind has seen the abyss; will he become part of it too? Are alcoholism and anger his inevitable fate? At the beginning of Dr Sleep we find an epigram, ‘If we were to live, we had to be free of anger’ from the Big Book of Alcoholics Anonymous. Later Dan thinks, ‘If I drink the Overlook wins.’

When Dan cuts out on his one-night stand with Deenie, it looks like the Overlook has won. The rest of the book is a masterful story of redemption, not a fantasy redemption but one which is gritty and real and is earned on every page and is impossible to look away from.

Dan is both physically and morally on his beam ends when he ends up in Frazier, New Hampshire.  Here the kindness of strangers will save him and he will find a purpose for his life at the hospice. And where he will reach out with his shining to Abra Stone, a teenager and fellow psychic who has seen the evil of the True Knot and is now in mortal danger. From now on we will enter the psychic world where good and evil strive, so memorably enshrined in books like The Shining, Carrie, Firestarter and this year’s runaway bestseller, The Institute.

Reopening the psychic channels opens Danny up to both the good and evil resident in the world.  The old forces of the Overlook are reaching out to him, trying to draw him back….  The question is, can he do what his father could not do? 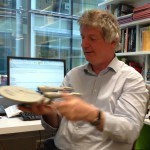