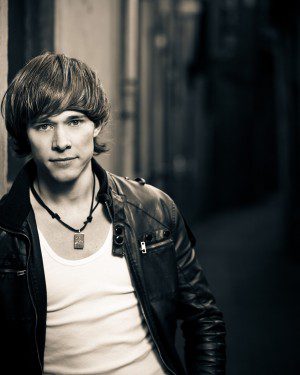 Dutch novelist Thomas Olde Heuvelt is the author of five novels and many short stories of the fantastic. His short fiction has appeared in English, Dutch and Chinese, among other languages. He has been awarded the Harland Award (for best Dutch fantasy) on three occasions, and was nominated for both the Hugo Award and the World Fantasy Award.

Olde Heuvelt wrote his debut novel at the age of sixteen. He studied English Language and American Literature in his hometown of Nijmegen and at the University of Ottawa in Canada. Since then, he has become a bestselling author in The Netherlands and Belgium. He calls Roald Dahl and Stephen King the literary heroes of his childhood, who created in him a love for dark fiction.

HEX is Olde Heuvelt’s worldwide debut. Warner Bros. is currently developing a TV series based on the book.

Watch the chilling trailer for HEX by Thomas Olde Heuvelt 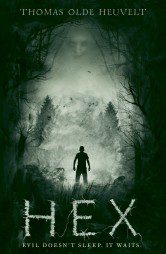