Always judge a book by its cover

The old adage that you should never judge a book by its cover is one of the most misguided and confusing things I’ve ever heard in my life. Surely it’s all wrong? What is a cover for if not to hint at, suggest, or blatantly tell the potential reader what’s in the book? After all, publishers pay good money to designers and artists to come up with attractive and attention grabbing covers. A cover is there to be judged.

It makes sense too. In the real world, most readers have preferred genres or styles of books and writing. Publishers are well aware of this and want to appeal those readers when they publish something new. Why do you think most online book stores have a review or recommendation section, or a ‘other customers also bought’ add-on? This is to replace visual browsing. Take a couple of examples of book styles; the true life misery stories and historical 20th Century fiction. The misery books almost always have their titles in script, as if handwritten by the troubled storyteller. This is so that fans of these books can instantly recognise them on the bookstore or library shelf but also to add that hint of authenticity to them. To show they were written by real people. Meanwhile, many covers of what might be called modern historical fiction, especially those with post World Wars settings have sepia-style covers and feature men and women in uniform, often glancing off into the distance. Again, they look the same to attract those audiences, and they are designed to reassure the reader that these books will stir the memory and maybe let them recall a simpler time.

All genres, almost without exception, have a style and design, and it is often of the moment. You rarely see a modern science fiction novel with a cover reminiscent of those in the 1960s with fantastic glass cities, huge many-finned spaceships or half-naked female aliens with huge ray-guns. Fashion clearly plays a part in what publishers commission. There is a trend at the moment, possibly a reaction against increasing sales in e-books, for publishers to produce elaborate and beautifully designed books, especially the hard-back editions. I believe they are designed for book-lovers and collectors.

My favourite book cover this year is probably The Three by Sarah Lotz (although Adam Robert’s Twenty Billion Leagues Under the Sea comes close). 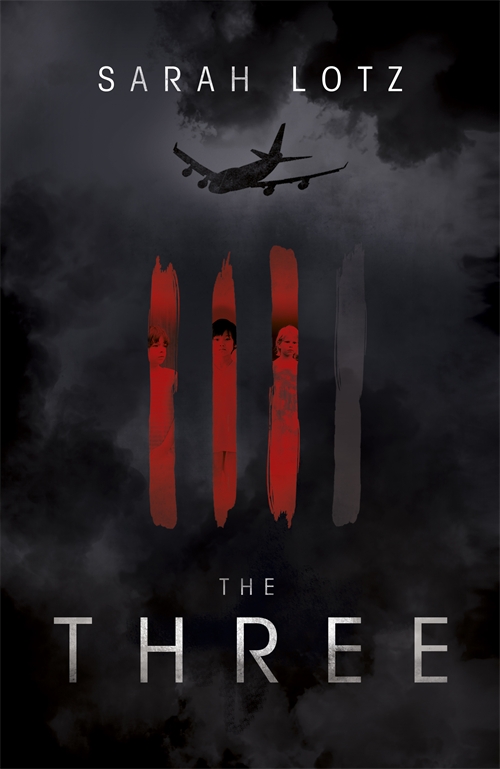 Striking as it is in red and black, it almost defies my earlier argument. However, this is a novel that defies genre and as a result, the cover to me suggests mystery while not pandering to a specific fan-base. Importantly, however, it says to me: ‘what about the fourth?’

Neuromancer by William Gibson is an old favourite. Talking about the 1993 edition and not the oddly uninspiring original from 1984. 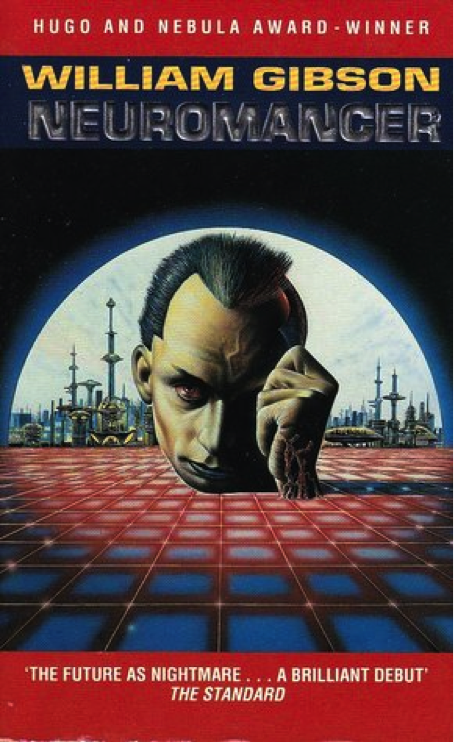 Clearly very much of its time, this screams to me something wonderful. It has the familiar science fiction tropes of the future city and the neon grid, but what’s that happening to his hand? Is this chap even human? I want to dive in and find out.

The Year of the Ladybird by Graham Joyce is another recent classic. The book is set in the insanely hot summer of 1976 (trust me, I was there). It is a ghost story and a love story and a tale about growing up. 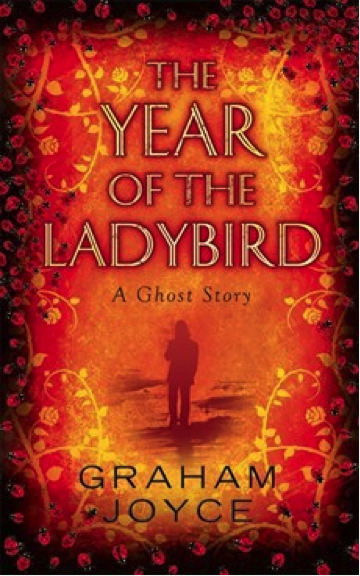 Feel the heat form that cover and wonder who that figure is by the water’s edge.

In 2009 I saw a book on a library shelf which almost yelled at me to pick it up. It was a deep rich blue with a bold yellow title. A Madness of Angels by Kate Griffin was every bit as good as I’d hoped. 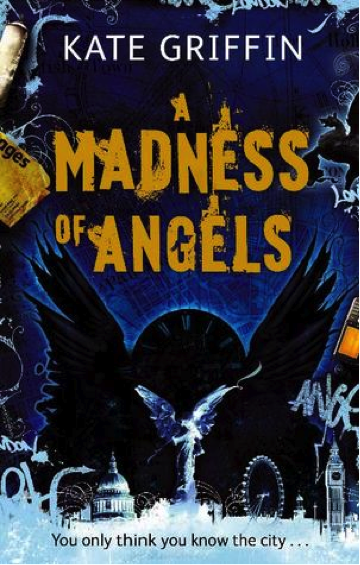 The cover looks mad indeed but invites you in all the same. It says this is London but a much darker (and bluer) version than you’ve ever seen before. Dense, fascinating and worth the visit.

House of Leaves by Mark Z Danielewski is such a complex meta work of fiction. It’s also a large and dare I say cumbersome book to read. Check out the cover though: 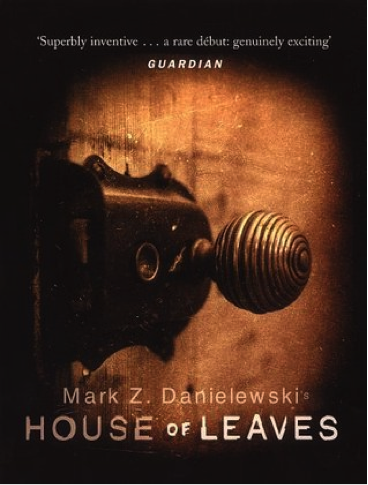 When has a door knob ever looked so ominous and menacing? Don’t you still want to open it and find out what’s inside?

Very few books capture what it’s really like to dream. The Unconsoled by Kazuo Ishiguro comes close, and the book cover also engenders that other-worldly quality. 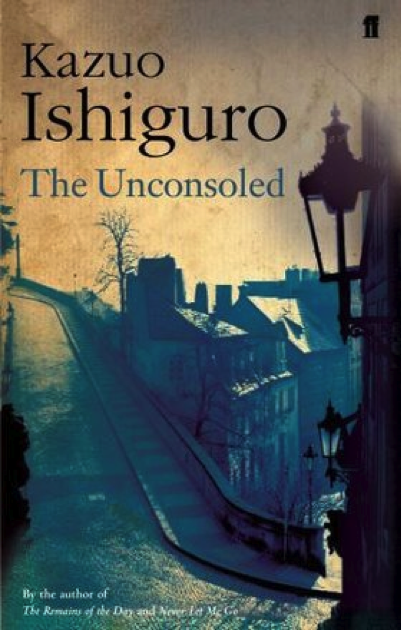 It may be just a street in an unknown city, but where is it going? Nowhere? Everywhere? It may look at first glance like a sepia-tinged historical novel, but this history is not one from this Earth.

The edition of The Hobbit by JRR Tolkien I first read as a child requires a mention at this point too. I can’t recall any other book looking quite like it. It was the 1978 hardcover edition (although this cover has had reprints). It is a version of the original cover, drawn by Tolkien: 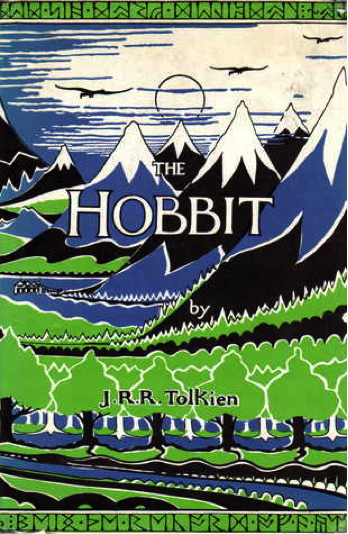 Simple yet so very effective. Are those birds, giant birds, or dragons? Mysterious (Misty) mountains! Murky (Mirkwood) woods. But the runic borders really grab you and take you off to Middle Earth.

A quick mention of book covers must go to any and all old style Penguin orange and white books. I first read the 1987 edition of John Wyndham’s The Chrysalids, which still holds up as a great cover but how lovely is the orange and white cover too? 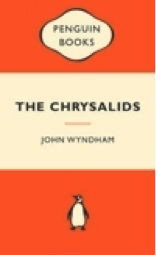 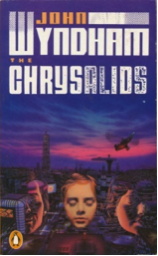 And finally, an odd one…Jack Glass by Adam Roberts is the cover that defies and therefore proves my point: 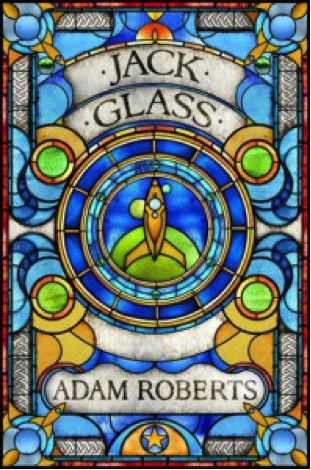 At first glance, you’d never know this is far future science fiction noir. But then you spot the space ship and you begin to wonder…

So the campaign starts now. Always judge a book by its cover.

For more from Ian, he can be found @ianjsimpson, The Forgotten Geek and Geek Syndicate.

One comment on “Always judge a book by its cover”