I want to stick up for unloved, underappreciated or unrealised things in sci-fi and fantasy. It’s time to say the unsayable.

The Phantom Menace sucks so hard, not even light escapes; no dispute. But Jar-Jar doesn’t deserve the blame. Like the Ewoks before him, Jar-Jar was aimed at children, and lots of them loved him. Jar-Jar hate was a strictly adult preoccupation. Without him, The Phantom Menace would have had no jokes, and even bad jokes are preferable to none at all. 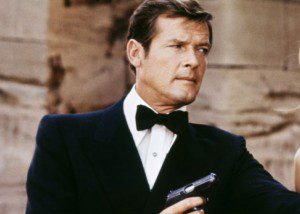 2. Roger Moore was the best Bond

Close to blasphemy, this, from a Scotsman.

Sir Rog’s Bond could be nails when required, like when he boots that lad off the cliff in For Your Eyes Only. But the Big Knit knew that the world of 007 was male escapist fantasy, aimed somewhere between sniggering adolescence and delusional middle age – and acted accordingly.

The defence rests – in a practical, yet comfy safari suit. 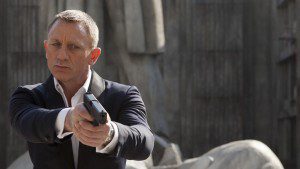 A tiny bit better than Quantum of Solace, granted, but miles behind Casino Royale and far less fun than even Die Another Day (that much-maligned confectionery deserves an entry of its own, here… Aston Martin vs Jag shootout? Daft, yes, but… You didn’t like that? Sure you’re not fibbing?). 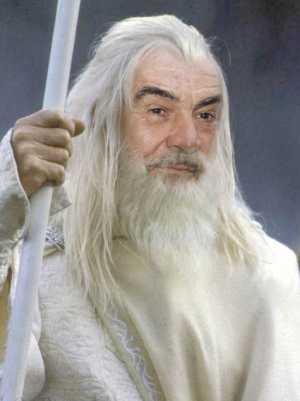 3.Sean Connery would have been a brilliant Gandalf

Sir Ian McKellen is our Gandalf, now and forevermore. But I was intrigued to learn Sir Sean was Peter Jackson’s first choice for the pointy hat and pipe in Lord of the Rings. Think of  him as Brother William Baskerville in The Name of the Rose, and handy with a sword and staff in his late 60s/early 70s… Now imagine that voice. The power. The authority. The sibiliants.

4. Crystal Skull is better than Temple of Doom

KOTCS is another movie it became easy to hate in the era of internet hysteria, but I’d say this is more to do with bad CGI than anything else. Indiana Jones being nuked in a fridge was bad; mid-fight fencing lessons and helpful monkeys, worse. But people forget about “inflatable raft used as

I’m not saying it’s better, but…

We would have been robbed of a wonderful universe had George Lucas succeeded in winning the rights to Flash Gordon, rather than making Star Wars, as he originally intended; but the world would also have lost Mike Hodges’ camp, colourful masterpiece.

6. Sylvester McCoy was a brilliant Doctor

Dunoon’s favourite son didn’t have a lot to work with. But he had the whimsy and twinkly charm of Troughton, a dash of Pertwee’s steel

, and revealed glimpses of a menacing, somewhat sinister quality all his own.

McCoy’s seventh incarnation brought annihilation down on Skaro before anyone had even heard of a Time War – and didn’t break into a sweat about it, either. That was cold, even for the Daleks.

His was an under-appreciated Doctor, in a time when the whole series’ budget would just about cover an episode and a half today. Peter Jackson was certainly a fan, casting McCoy as Radagast in The Hobbit. What price Jackson for a Doctor Who movie?

7. The original Hulk is one of the best Marvel adaptations

Ang Lee’s much misunderstood film suffered from a lack of a decent super-villain for the Hulk to fight, despite Nick Nolte’s memorably twitchy performance. Hulk’s over-wrought study of male anger issues was far too heavy for a movie which boils down to a big green guy breaking stuff. But at least it took a few chances.

The Hulk’s initial desert “smash” is delightful, and Tim Squyres’ comic-panel editing is a work of genius. Eric Bana’s fine performance as his almost-namesake Bruce Banner is all but forgotten now, given Mark Ruffalo’s well-received turn in the purple stretch pants. But 2003’s Hulk was a noble endeavour – and certainly not a failure.