What we’re reading and watching over Easter

Posted on April 3, 2015 in Friday Favourites with tags

We’ll be straight with you: this weekend we’re all about the chocolate eggs. But, one of the great things about eating is that you can read a book or watch something on TV while doing it. So, here’s what we’ll be watching and reading as we eat the body weight of a small mammal in chocolate. 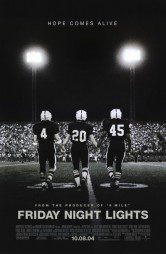 I’ve been watching a lot of Once Upon a Time recently, and I need a break. So I’ll be going a different direction over the long weekend and rewatching Friday Night Lights. I’ve never seen the fifth and final season, and the entire series just appeared on Netflix, so I’m going to sit down and rewatch 1-4 and then (probably not this weekend) enjoy my last few hours with Imaginary TV Dad Coach Taylor.

If you’ve never seen it – and why haven’t you seen it? – Friday Night Lights is a tv show nominally  about high school football in a rural West Texas town. That doesn’t sound like your thing, does it? It doesn’t sound like my thing, either. So trust me when I say: Friday Night Lights is actually about a lot of very attractive teenagers and their feelings, and the hard-ass but very fair coach who whips them all into line (and is occasionally disappointed but usually impressed and often moved by them.) Watch Friday Night Lights. You won’t be sorry. And the line ‘clear eyes, full heart, can’t lose’ will never after fail to bring tears to your eyes. 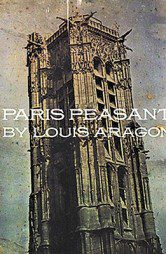 I try to be organised, I really do. I went to Paris last weekend and I made my itinerary, I plotted my maps, I turned off my Twitter notifications and I spent a long time researching which books I should read while there. I even managed to get past about three Google pages linking to lists that primarily involved book about eating croissants in cafés (I fully endorse this activity, but I don’t want to read about it). I decided on Paris Peasant, a surrealist tour of Paris that brings in maps (I love maps!), newspaper clippings, inscriptions on monuments, and other cool stuff. Anyway, my greatest plans always come to waste and it  arrived late and I’m reading it this weekend.

I’ll also be finished of James Smythe’s The Explorer (which is masterfully twisty so far) and Rebecca Levene’s The Hunter’s Kind (which I may be enjoying even more than Smiler’s Fair). 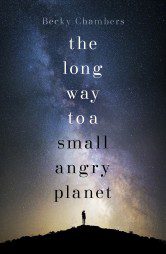 Well I am planning to make a start on the stack of books I bought a few weeks ago, which includes Mrs. Hemingway (have started and am already in love with Hemingway, but was somewhat disappointed when I googled his real-life face) and The Secret History by Donna Tartt (just googled her face and have discovered she is ridiculously chic, which seems unfair). I have also downloaded the ebook of The Long Way to a Small, Angry Planet and am really looking forward to reading it on my coach back to (small, angry) Northamptonshire. 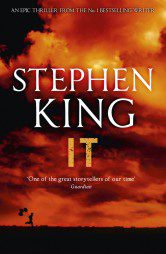 Having a long weekend is pretty much the dream situation for watching TV shows and movies. I’ve decided that I’m going to spend it watching a rubbish film, as some of you may know, I’m all about those really really terrible Z-rated movies. E.g. Thankskilling, where a killer turkey goes around wearing people-masks and carrying shotguns. I think the best idea is to go for Thankskilling 3 – which is actually the second movie – about the search for the missing Thankskilling 2 … so meta.

Aside from having an evidently amazing visual experience, I will probably try to watch something slightly more upscale. Maybe Guardians of the Galaxy – it has been on the cards for a while.

I’ve also decided that now is the time to crack on with IT by Stephen King, my fear of clowns has kept it at bay, but alas a girl can only run from her demons for so long…

and it just so happens my demon is a clown. 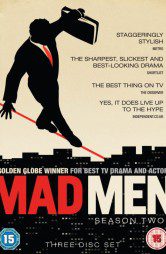 This Easter weekend, when I’m not eating all the chocolate and drinking all the red wine I can find, I am planning on watching Mad Men from the very beginning up to the latest season. I want to have a full recap before I begin the seventh and final season which is airing this weekend.   Happy Easter!