The cover for Sleeping Beauties has been revealed, and we’ve got an added treat for you: the passage that inspired this eerily beautiful piece of art.

In this spectacular father/son collaboration from Stephen King and Owen King, something strange happens to women all across the world when they go to sleep… they fall victim to a mysterious sleeping virus which leaves them shrouded in a cocoon-like gauze. Read on for an exclusive extract from Sleeping Beauties in which Sheriff Lila Norcross, fighting to stay awake, has a strange encounter in the woods.

Click to expand and see this glorious cover up close. This cover was created by Vasava Studios.

The following extract is only for use by Hodder, and may not be reproduced without prior permission. Copyright © Stephen King and Owen King.

Lila stood frozen at the edge of the clearing, her neck craned, staring upward. Flocks of moths fluttered around her, brown in the shade, seeming to turn an iridescent gold in the late afternoon sunshine.

She had read somewhere that the tallest tree on earth ̶ a redwood ̶ was just under four hundred feet high. The tree in the center of the clearing looked taller than that, and it was no redwood. It was like no tree she’d ever seen.

From the cloud of ferny leaves far above her, a flock of birds exploded into the sky. They were green, and at first Lila thought they were parrots, only they were too small. They flocked west, forming a V ̶ like ducks, for Christ’s sake ̶ and were gone.

She pulled her shoulder mic, thumbed the button, and tried to raise Linny in dispatch. She got nothing but a steady wash of static and somehow wasn’t surprised. Nor was she when a red snake  ̶ thicker than one of Van Lampley’s pumped-up biceps and at least three yards long ̶ slithered from a vertical split in the amazing tree’s gray trunk. The split was as big as a doorway.

The snake lifted its spade-shaped head in her direction. Black eyes surveyed her with cold interest. Its tongue tested the air, then withdrew. The snake slid rapidly up a crevasse in the trunk and coiled over a branch in a series of neat loops. Its head pendulumed. The impenetrable eyes still regarded Lila, now viewing her upside down.

There was a low, rippling growl from behind the tree, and a white tiger emerged from the shadows, its eyes bright and green. A peacock strutted into view, head bobbing, fanning its glorious tail, making a noise that sounded like a single hilarious question, repeated over and over: Heehh? Heehh? Heehh? Heehh? Moths swirled around it. 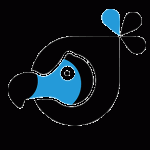