We’ve been hanging onto some  news for the better part of a year now, so I’m delighted to finally be able to announce that Hodder has acquired a YA trilogy by Scott K. Andrews!  I’ve known Scott for years and watched his writing go from strength to strength. This new series – with time travel! And cavaliers vs. roundheads! – is incredible, hopping from century to century and positively brimming with action and adventure and an utterly compelling central mystery.

Never did I think that all those years spent studying Early Modern history would come in so handy. This is going to be awesome, you guys. 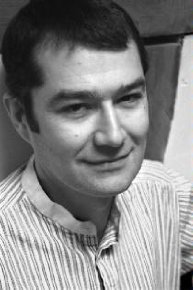 From the press release:

New York City, 2141: eighteen-year-old Yojana Patel throws herself off a skyscraper, but never hits the ground. Cornwall, 1640: fourteen-year-old Dora Predennick, newly come to Sweetclover Hall to work, discovers a badly-burnt woman at the bottom of a flight of stairs. When she reaches out to comfort the dying woman, she’s knocked unconscious, only to wake, centuries later, in empty laboratory.

On a rainy night in present-day Cornwall, seventeen-year-old Kaz Cecka sneaks into the long-abandoned Sweetclover Hall, determined to secure a dry place to sleep. Instead he finds a frightened housemaid who believes Charles I is king and an angry girl who claims to come from the future. Thrust into the centre of an adventure that spans millennia, Dora, Kaz and Jana must learn to harness powers they barely understand to escape not only villainous Lord Sweetclover but the forces of a fanatical army… all the while staying one step ahead of a mysterious woman known only as Quil.

Scott’s agent, Oli Munson of AM Heath, says: ‘TimeBomb is exactly the kind of book I would have loved to have read while growing up and I’m delighted I don’t have to travel through time to read it now. I know Hodder will provide the perfect home for Scott’s wild imagination.’

TimeBomb, the first novel in the TimeBomb series, will publish in June of 2014.

One comment on “New Acquisition: TimeBomb, by Scott K. Andrews”