Posted on July 16, 2015 in Books with tags Dune, Science Fiction

It’s Dune Day! Today we celebrate the publication of our new and beautiful 50th anniversary edition of Frank Herbert’s Dune, one of the most enduring works of science fiction ever written. But let’s set aside ‘the greatest’ and ‘the best’ and ‘the most important’ and ‘the definitive’ and all those other phrases we love to toss around when talking about classic novels. Instead, let’s talk about what it means to be a beloved book, and why Dune has been not just a classic novel, but a  beloved one, for fifty years.

‘The greatest’ is a phrase that gets bandied around a lot in reference to books – ‘the greatest work of literary fiction’ ‘the greatest love story; ‘the greatest book about cats’; … And Dune is no exception. People often claim that Dune is the greatest science fiction novel ever written. Its influence has spread far and wide, and echoes of it can be found in the unlikeliest places. (Home decor, anyone?) 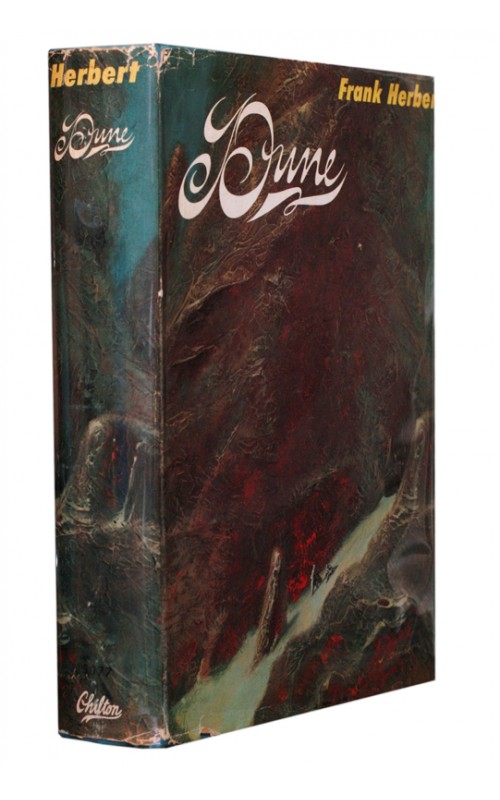 Perhaps, however, it does Dune a disservice to known as ‘the greatest.’  For a book, being ‘the greatest thingie’ means getting hammered into a school curriculum to be agonized over by disinterested teenagers, or poured over by keen post-graduates. It means watching the film adaptation instead of reading the book; skimming the summary on Wikipedia; tuning out when people start talking about it. It means telling people you’ve read it when you haven’t. It means putting a copy on that shelf of books you’ll definitely read on your next holiday.

Being a fun book, a joyous book, means a lot of different things. It means being a beloved book, a favourite book. It means that people remember when they first read it, and why. Everyone who has read and loved Dune has a Dune story. Dune is the kind of book that inspires stories.

Dune is a book that people own copies they’ve read and reread until they fall apart. It’s a book that people include on their list of desert-island books. They own several spare copies and at least one non-reading copy – either a valuable early edition or a beautiful keepsake edition. Or both; we don’t judge. It means subreddit threads and devoted Tumblrs and arguments over pints at the local pub. 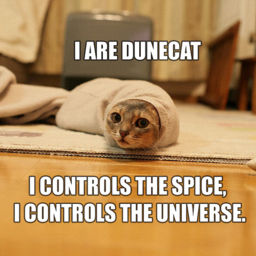 Dune is all that and more. It’s a proper cultural icon. People have the litany against fear tattooed on themselves. They bake loaves of bread and cakes shaped like sandworms. There are Dune cat memes, and lots of ’em. Dune fans edit the Dune Wiki pages, and have opinions about each and every adaptation ever committed – or imagined – to screen and stage.

Dune is unquestionably a great science fiction novel. It’s also, unquestionably, everything else I’ve mentioned above – and so much more.

Dune’s story began in Oregon, 1959, when a young freelance journalist named Frank Herbert spent a few weeks researching local sand dunes for an article he was working on. He never finished the article, but he did start noodling around with an idea for a book. Fifty years after Dune first published, however, the novel inspired by his research continues to feature on lists of both the greatest and the most beloved novels of all time. We’re immensely proud of our fiftieth anniversary edition of this incredible novel, newly reset and featuring the brilliant jacket art of native Oregon artist Sean O’Connell.

Celebrate Dune Day with us by telling us your Dune story. When did you first read Dune, and why? When did you first see the film, or the tv show, and what did you think? And if you’ve never read it – well, I know of a gorgeous edition available at fine bookstores everywhere… 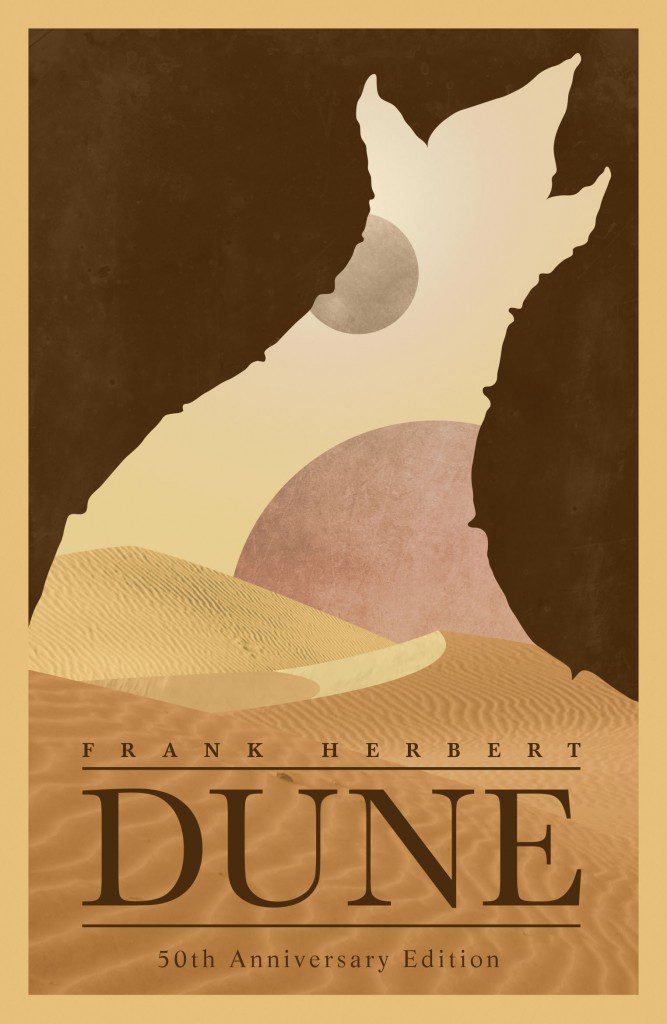