From the Knights Templar to the Bene Gesserit, secret societies have fascinated and delighted us for generations. This week the Hodderscape team choose their personal favourites.

Max Barry’s Lexicon (out in paperback next week!) is a mind-bending thriller featuring an elite organisation of ‘poets’, masters of manipulation who use language to warp others to their will. From the terrifying, to the hilarious, there have been some pretty bizarre secret societies throughout film and fiction and this week we’re picking out our favourites! 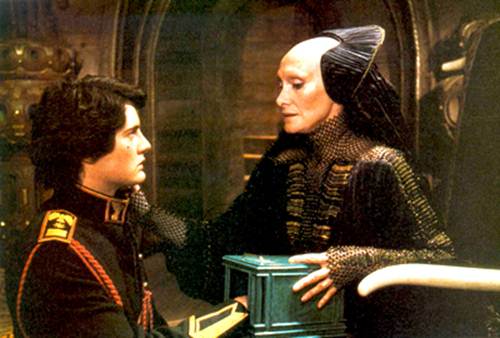 I always knew Reverend Mothers exercise Mind Control and Truth Trance. The Convent School I went to had a fair selection of senior scary nuns not strictly of the smiley Sound of Music franchise. How fearful we were of them seeing our inner thoughts and having our tuck shop privileges withdrawn. Or being forced to wear a kilt at ball room dancing lessons….

Yes, those were the only Reverend Mothers in my life until I stumbled across Frank Herbert’s magisterial Dune in my teens. The greatest world-building feat in all science fiction also had some nifty insights into human evolution, particularly in what it tells us about the possible development of the human mind. The queens of the mind in this universe are a secret sisterhood, the Bene Gesserit, their leaders Reverend Mothers. Where most secret societies want nothing more to take over our world, the Bene Gesserit aim higher and have ambitions on the entire universe. 10000 years after a Man versus Machine War, AI is banned and that grey matter we’re all neglecting in favour of machine intelligence today is once more king, along with a certain mind-expanding drug, Spice, which once extracted from a drowned mini-sandworm and distilled into the Water of Life will seriously expand your view of things. The sisterhood of the Bene Gesserit have been partial to this drug ever since the war and have developed a super powerful  mind control with which they can influence the thoughts of others (‘The Voice’); perform Truthtrance, an ability to detect lies; and control their own bodies to make them extraordinary martial artistes (‘the Weirding Way’) . Yes, all those things my long-ago teachers could do and a little bit more. Respect.

The Classics program in The Secret History (1992) by Donna Tartt 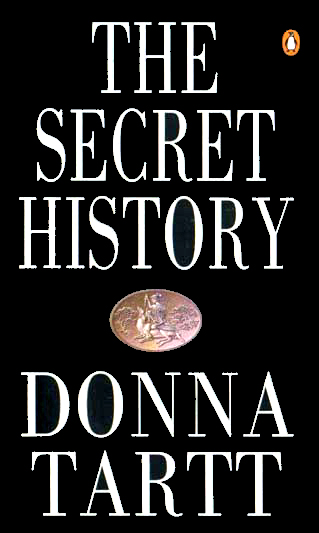 I’m sure that a great part of the success of The Secret History, Donna Tartt’s debut novel, comes from the tiny sort-of secret society at the novel’s heart. Set in a small private New England college, The Secret History follows a year in the life of a guy (Richard) who gets involved in a very serious Classics program – a Greek class with a tiny number of students and their devoted professor. Desperate to get involved with the small group of gifted, charismatic students who take the class, Richard is at first denied admittance. But, after proving himself (and lying a bit about his working class background), Richard is allowed to join. He’s one of only six students, all of whom are very close, and immediately involves himself in their extraordinary, uber-privileged lives. Tragedy ensues, of course, and things get pretty dark for our hero and his friends. (I don’t want to spoil the book if you haven’t read it; go read it this weekend. Go!)

These six students and their professor aren’t just friends with a shared interest in Attic Greek; they’re brilliant, chaotic, loyal, angry, driven and, ultimately, unforgettable. They’re the definition of toxic friends, but like so many toxic things, they’re an addiction that Richard can’t shake… nor can I. 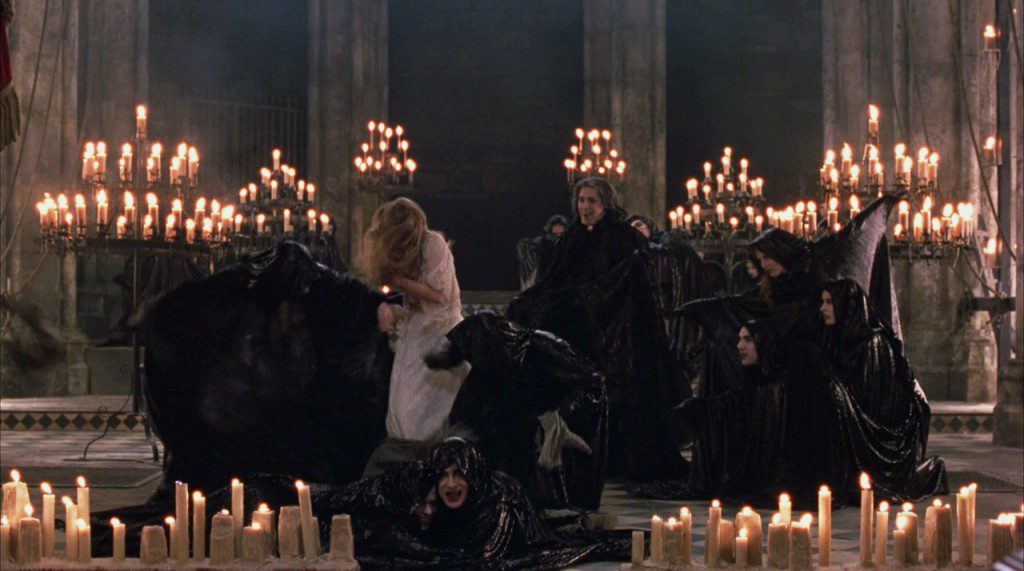 A Parisian coven of catacomb-dwelling vampires pretending to be mortals pretending to be vampires. Genius. They put on elaborate morality plays about the inevitability of death, and their aristocratic audience lap it up. The victims beg for mercy, and the audience cheer. Very horrible and just a bit camp: Anne Rice at her best. 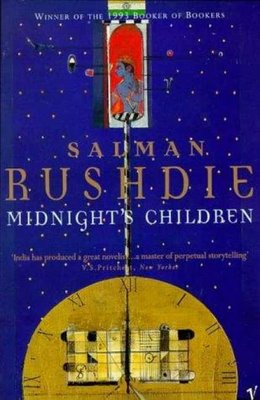 I’ve decided to go with a solidly fictional one, just to be on the safe side. I’m not sure if it really qualifies as a ‘secret society’ because towards the end of the book the government knows of their existence and sterilises them all, but I’ll go for it anyway. I’m talking, of course, about Midnight’s Children. This group of gifted individuals are from Salman Rushdie’s novel of the same name, they are all born within an hour of midnight on the day of India’s independence. The group communicates through the telepathic connection provided by the protagonist Saleem, who alongside Shiva is seen to be a leader of the group – they were both born closest to midnight and so have the strongest gifts.

The entire society is a reflection of the problems India faced on gaining their independence, eventually being hunted by (the unnamed) Indra Gandhi who is trying to cleanse their untapped potential by sterilising them. Thececret cociety here isn’t one of a grand controlling power, instead it is one of born of circumstances beyond their control, they were simply born that way. Unlike most Secret Societies they don’t have an overall goal, simply just children who do not realise that they are the future of a country that has just been reborn.

Midnight’s Children won the Booker Prize in 1981, it then went on to win the Best of the Booker prize – twice. It is an absolutely staggering work of pure intelligence and excellent writing – pure bloody genius.