Posted on June 5, 2015 in Friday Favourites with tags Crime

To celebrate the publication of Finders Keepers by Stephen King, the Hodderscape team are on the case with their favourite detectives. 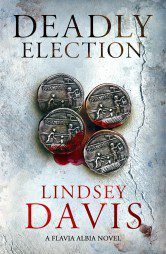 The novels by Lindsey Davis featuring her beloved Ancient Roman detective, Marcus Didius Falco and now, in a new series, his stepdaughter, Flavia Albia,  have been an annual delight of my more than twenty five years in the editorial game.  The first of them, The Silver Pigs  (1989) introduced Falco and his extended family, friends and a brilliantly realised Ancient Rome to the public. Think of an intriguing  combination of Sam Spade and the Archers set in the First Century AD  and you might start to get the idea. Funny, wonderfully researched and with just the right amount of sleuthing to keep crime fanatics happy, this moreish series sadly ended on the 20th novel, Nemesis, in 2010. Fans starved of their Falco fix did not have long to wait before Lindsey began a new series from the perspective of Falco’s adopted stepdaughter. Mad, sleazy and murderous Rome  is brought to life in these books. 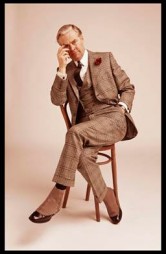 Of all the great detectives in literature – and there are so, so many – there’s no competition as to which is my favourite. It is, has been and always will be Dorothy L. Sayers’ immortal Lord Peter Wimsey. Sayers, a brilliant, Oxford-educated copywriter in the years between the two world wars, found herself struggling: with her place in the world (she was one of the first women ever to receive a degree from Oxford, and was considered dangerously over-educated for her time), with her love-life and with the great equalizer – money. Bored, frustrated and poor, she conceived the idea of the perfect murder – an anonymous, naked body in a bathtub – and the perfect sleuth to solve the case. Wimsey was everything Sayers wasn’t (rich, well-connected, shell-shocked, aristocratic and male) as well as everything she was (brilliant, Oxford-educated, able to reel off quotes in multiple dead languages at the drop of a hat). Wimsey was, too, what a detective-obsessed nation wanted in their detective fiction. The first novel (Whose Body?) contained all the necessary elements (a complex mystery, a really nasty bad-guy, and gross death, and a complicated, sensitive detective). Sayers’ star rose overnight and, over the course of the next decade and a change, she wrote 11 novels and two collections of short stories before WWII and changing interests caused her to move on.

Sayers is hugely important in the history of detective and mystery fiction; over the course of the Wimsey books, her characters develop and evolve – unlike the wonderful but unchanging characters from Christie and Conan Doyle. Beyond that, however, Sayers created one of the greatest, most memorable and well-rounded characters in all fiction: a combination of wish-fulfilment and sensitive understanding of the problems facing British society in the years between the wars. I’ve been a little in love with him since I was 9 years old and first read her Wimsey short story ‘The Abominable History of the Man with the Copper Fingers.’ I don’t expect that to ever really change. 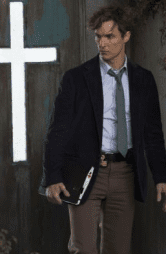 I know Rust is kind of a dick. He essentially trolls his partner with the kind of nihilism one usually leaves behind at university. He punches his colleague. He hits on his partner’s wife. He’s terrible at parties. But I admire his commitment to being a dick! Unlike other mopey crime solvers (I’m looking at you Will Graham) he isn’t adorkably antisocial, he is annoyingly antisocial. Which, speaking from experience, 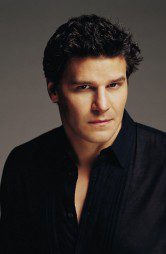 Billowy cloak, king of pain and good/bad boy Angel ships off to LA to fix his broken (and non-beating) heart. He ends up starting a detective agency, for evildoings of the underworld, with Cordelia. Wait, what?!! No really, the vapid ego-centric cheerleader of Sunnydale High. The weirdness begins.

His misadventures in demon detecting lead him to an alternative dimension, force him to compete in an underground demon fighting ring, get a vampire pregnant, father a son who hates him (like REALLY), get turned into a puppet, and quite literally face hell on earth in a final showdown… that we never see the outcome of.

Above and beyond the duties of a regular PI I’d say! 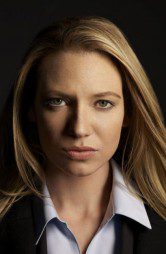 On TV, it’s got to be Olivia Dunham from Fringe – technically an FBI agent rather than detective, but close enough. Not only is she that great mix of vulnerable and kick-ass, it also transpires that she [*spoiler*] has psychic abilities, can cross between alternate realities, and has an alternate fondly referred to as ‘Fauxlivia’. 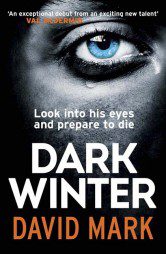 In books, there are way too many to choose from but I am currently obsessively reading David Mark’s DS Aector McAvoy series so his characters are immediately springing to mind. Controversially, my favourite detective in the series is probably not the title character, but his boss DSU Trish Pharaoh, who is, in the words of her colleagues ‘sexy, mumsy and hard as nails’ – clearly an excellent combination for a high-ranking fictional police officer.