We are absolutely thrilled to reveal the cover for Smiler’s Fair, the first secondary-world epic fantasy Hodder has ever published! 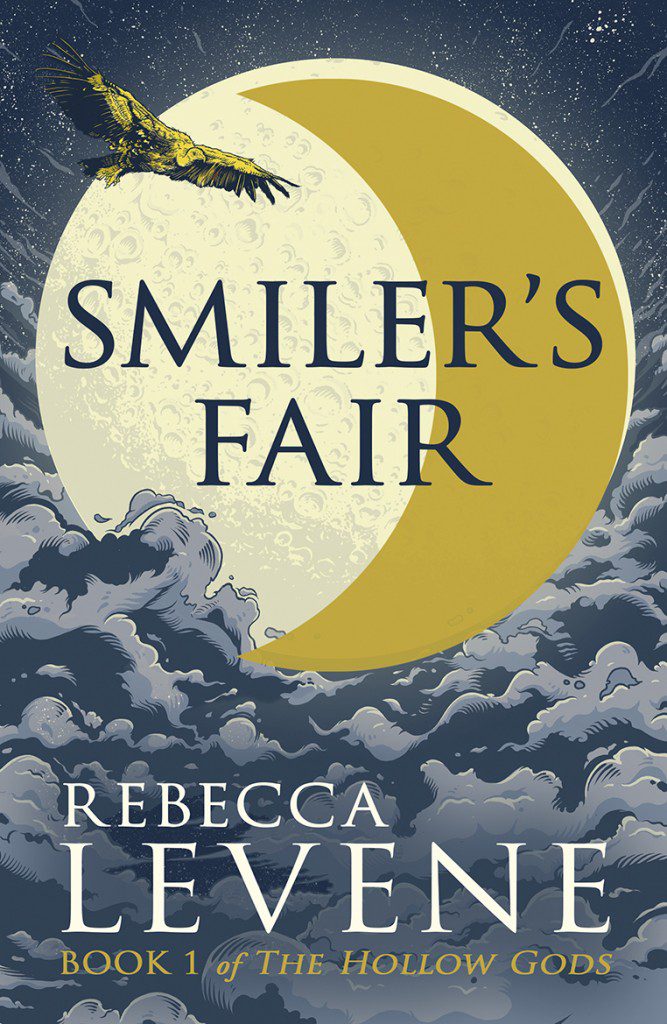 Yron the moon god died, but now he’s reborn in the false king’s son. His human father wanted to kill him, but his mother sacrificed her life to save him. He’ll return one day to claim his birthright. He’ll change your life.

Smiler’s Fair: the great moving carnival where any pleasure can be had, if you’re willing to pay the price. They say all paths cross at Smiler’s Fair. They say it’ll change your life. For five people, Smiler’s Fair will change everything.

Nethmi, the orphaned daughter of a murdered nobleman, who in desperation commits an act that will haunt her forever. Dae Hyo, the skilled warrior, who discovers that a lifetime of bravery cannot make up for a single mistake. Marvan, the master swordsman, who takes more pleasure from killing than he should. Eric, who follows his heart only to learn that love can exact a terrible price. And Krish, the humble goatherd, with a destiny he hardly understands and can never accept.

In a land where unimaginable horror lurks in the shadows, where the very sun and moon are at war, these  people must discover how they fit into the world – and how to shape the world to suit themselves.

Smiler’s Fair is the first in a staggering new quartet, The Hollow Gods, publishing 31 July 2014.

The incredible cover is by Tim McDonagh, who also illustrated the stunning jacket for The Wisdom of the Shire.

One comment on “Cover Reveal: SMILER’S FAIR by Rebecca Levene”