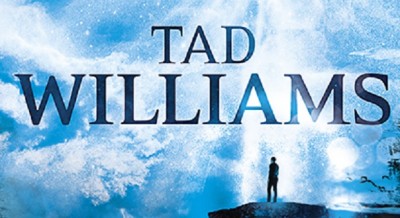 Sleeping Late combines the heavenly blues and hellish reds and oranges of the previous two novels in the series (because who doesn’t love a bit of orange/blue contrast?) 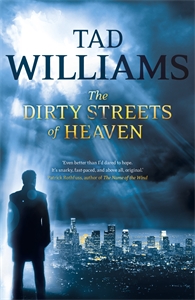 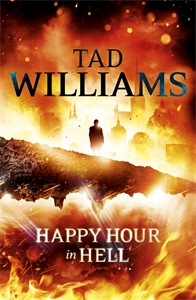 And, of course, its shoutline ‘the end is nigh’ is double-edged pun (the best kind), invoking both the plot of the book and the end of the series:

Bobby Dollar thinks he’s seen it all – after all, he’s been to Hell and back again. Literally.

But he has another thing coming. Sleeping Late on Judgement Day will find Bobby back in his adopted hometown of San Judas, California, trying to stay out of trouble… and failing. His love life is still a mess, there are one too many people who have it out for him, and drowning his sorrows in a nice glass of whisky won’t keep the demons at bay forever.

Bobby’s going to have to pull himself together and make a few tough decisions before time runs out. The problem is, time could run out at any moment. In the final Bobby Dollar novel in Tad Williams’ groundbreaking epic fantasy trilogy, fallen angel Bobby Dollar will finally be force to confront the one problem he can’t talk his way out of: his own.

Sleeping Late on Judgement Day publishes on September 11th. See you then! 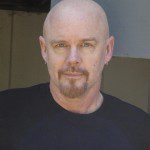 One comment on “Cover reveal: SLEEPING LATE ON JUDGEMENT DAY”