Cover Reveal: A Closed and Common Orbit by Becky Chambers

Today we’re proud to reveal the cover for A Closed and Common Orbit, the stand-alone sequel to Becky Chambers’ brilliantThe Long Way To A Small, Angry Planet. This follows hard on the heels of the announcement that The Long Way has been longlisted for the Bailey’s Prize… what a way to celebrate International Women’s Day!

Fresh off the incredibly exciting news that The Long Way To A Small, Angry Planet has been longlisted for the Bailey’s Prize, we’re delighted to reveal the cover for A Closed and Common Orbit, Becky Chambers‘ brilliant, stand-alone sequel! This stellar cover was created by Mark Read of the Hodder Art Department.

Lovelace had been in a body for twenty eight minutes, and it still felt every bit as wrong as it had the second she woke up inside it… Everything was overwhelming. Twenty nine minutes before, she’d been housed in a ship, as she was designed to be. She’d had cameras in every corner, voxes in every room. She’d existed in a web, with eyes both within and outside. A solid sphere of unblinking perception.

But now. Her vision was a cone, a narrow cone fixed straight ahead, with nothing — actual nothing — beyond its edges. Gravity was no longer something that happened within her, generated by artigrav nets in the floor panels, nor did it exist in the space around her, a gentle ambient folding around the ship’s outer hull. Now it was a myopic glue, something that stuck her feet to the floor and her legs to the seat above it.

And the Linkings were gone. That was the worst part. Before, she could reach out and find any information she wanted, any feed or file or download hub, all while carrying on conversations and monitoring the ship’s functions. She still had the capability to do so — the body kit had not altered her cognitive abilities, after all — but her connection to the Linkings had been severed. She could access no knowledge except that which was stored inside a housing that held nothing but herself. She felt blind, stunted. She was trapped in this thing. 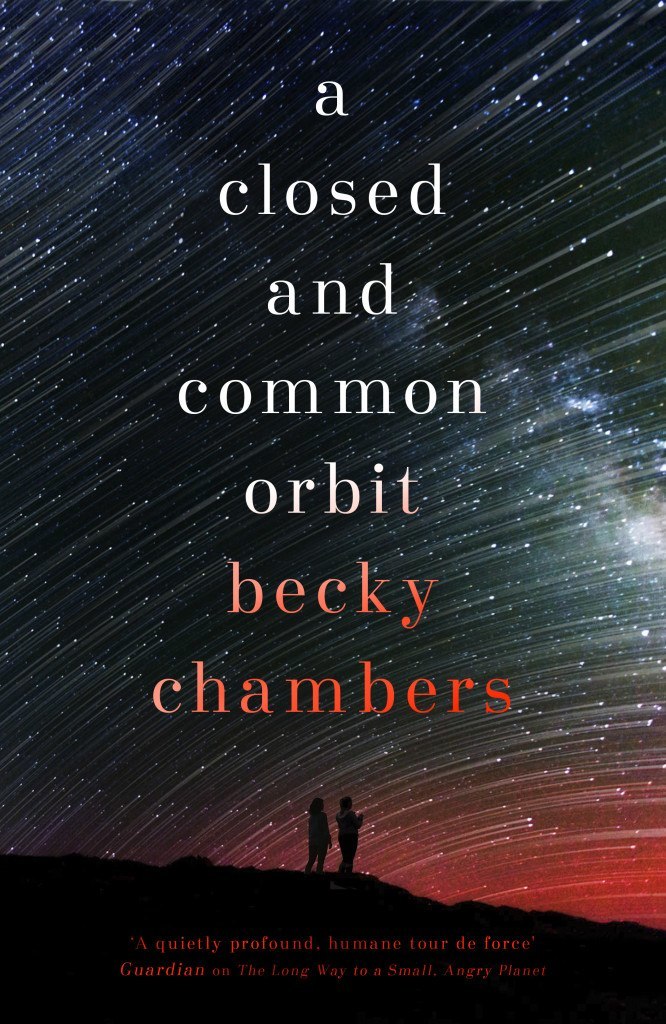 We shared a sneak peek at A Closed and Common Orbit with you at the beginning of this year. It will publish on 20 October – so you don’t have long to wait!

P.S. If you want to be the first to join in the adventure, we highly recommend pre-ordering at your local bookstore or favourite online retailer!

2 comments on “Cover Reveal: A Closed and Common Orbit by Becky Chambers”