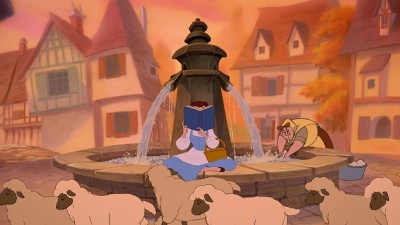 This November marks the anniversary of three films that heralded the Disney Renaissance: The Little Mermaid (1989), Beauty & the Beast (1991) and Aladdin (1992). We’ll feature an essay about each film on the date of its world premiere. Here’s our take on Beauty & the Beast 23 years on! 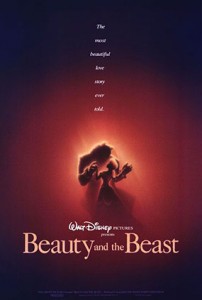 It’s become trendy recently to bag on old Disney films for their unenlightened (or worse) messages – everything from the perniciousness of the myth of ‘true love’ to some pretty staggering racefail in everything from Fantasia to Aladdin. And 1991’s Beauty and the Beast is no exception; it’s been accused of everything from romanticising Stockholm syndrome to (ahem) bestiality.

And Beauty and the Beast is not a film that can – or should – go without such criticism. But it’s also a wonderful film, showcasing superb characterisation, astonishing animation, and truly wonderful music. It also happens to be one of my favourite films.

Beauty and the Beast had its world premiere 23 years ago today. It was released in the States on 22 November, 1991; I would have seen it the next weekend, on a welcome movie-break with my mother during an otherwise family-stuffed Thanksgiving holiday. I had, of course, seen and loved The Little Mermaid two years earlier. But I knew going into Beauty and the Beast that it was going to be something different, potentially even better than The Little Mermaid – because I knew that the heroine was a book lover.

It’s probably not much of a surprise to learn that I love books. But there’s more. I was an only child, raised by a single parent in an isolated town, desperate to escape and find something bigger. So it’s no understatement to say that, at age 12, Beauty and the Beast resonated with me. It didn’t just resonate, though; I remeber getting the chills while I watched. It was like someone had made a movie specifically for me.

Why did I love it so much? Well, biographical details aside:

Beauty and the Beast is based on a well-known 18th century French fairy tale. You surely know the details – the rose, the merchant father, the beautiful youngest daughter, the monster. (It’s classified as story-type 452C in the Aarne-Thompson classification system.) Disney altered the traditonal story, making the heroine the daughter of an eccentric bourgeois inventor rather than of a wealthy merchant – rendering her a little more relatable. She’s also (as mentioned above) herself a bit of a weirdo, an isolated young woman who prefers the company of books to the company of men, particularly avoiding the brutal Gaston, the borderline-psychopathic town hottie. Belle dreams of a better life somewhere – anywhere – else, a life of adventure and excitement and romance. She gets what she wants, unexpectedly, when she rescues her father from the dreary castle of a monster with anger management issues. Talking teapots are also involved.

Twenty-three years later, I can find plenty to take issue with in the details. But through it all, Belle’s restless spirit shines through.

Beauty and the Best won, like, all the award for songs and score. And not without good reason. (I stayed up to watch the Academy Awards in 1992 so that I could see the songs performed live.) That reprise up there? That’s 58 seconds of pure musical genius. It’s also gorgeous. It would be impossible to pick the best song from the film; I can’t even decide on a favourite. But Be Our Guest generally gets top billing – and, again, not without good reason. It’s a breathtakingly ambitious song, sung with ferocious joy by Jerry Orbach and animated with utter brio. Let’s just ignore the fact that Belle never actually eats anything…

Oh, the animation. Beauty and the Beast went into production at the dawn of the CG era and boasts a perfect blend of traditional hand-drawn animation and computer renderings. Nowhere is the seamless melding of the two more perfectly showcased, however, than in the famous ballroom scene; the hand-drawn figures ripple and shimmer with unmistakably human emotion, but the camera moves through the room’s physical space (so to speak) with almost unlimited freedom. In a live-action film, the camera would have to be mounted on a crane to achieve the same effect; to see the camera swirl through space in an animated film was staggering in 1991. (The shot I’m talking about takes place from 2.29 to 2.47 in the clip below.) And it’s still an incredible achievement.

Because the film came out during the holiday season, it’s inextricably linked in my mind to December and cold weather and twinkling lights and festive meals. And I’ll be watching it with my family again this holiday season – as I have every year for the last twenty-three.