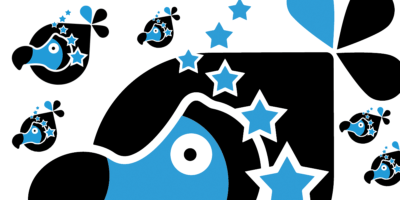 Once upon a time there was a mild-mannered civil servant who wrote a book. Well, actually she wrote a few. But there was this one book…

OK, so the writer is me and this third-person thing is weird. So I might ditch that for now. But let me reassure you in the best tradition of Peter Falk’s Grandpa in The Princess Bride, that it’s OK: this story has a fairy tale ending. (You might have guessed it already.)

Sadly I didn’t meet any mysterious old ladies who bestowed me with magical objects on my journey. But I do have the most wonderful writing community ever, who gifted me with their feedback and advice, and who helped me rework my story into something better than it was. Again. And again. And again. This meant that when the announcement of the upcoming open subs window went out on Hodderscape, I had something ready I thought wouldn’t be a total waste of the editors’ time and energy.

If there’s one thing writers have to steel themselves up to cope with, it’s rejection. And of course I didn’t have the luxury of knowing my foot was going to fit Hodder & Stoughton’s glass slipper. So, back in August 2015, as I was preparing my submission, I was strenuously managing my expectations. Open submissions opportunities with publishers like Hodder & Stoughton do not come up often. So I knew they were going to be swamped. I had my goal: I just wanted to make it past the first cut. I was almost sure my manuscript was good enough to not be rejected out of hand. I took a deep breath, wished hard, and hit send.

Then came the waiting. This bit is never easy. Lucky for me and my sanity, Hodderscape provided fairly regular updates on this blog. Checking the Hodderscape blog every couple of months became something of a ritual for me – you know, those little things you do that affect your place in the universe not one whit, but that make you feel like you have a tiny bit of control.

I had decided to give it a year. With the number of subs they ultimately received (1,445 – far out, that is some dedication, right there), I thought it would take them at least a year to get around to them all. Then, in March 2016, (only a few days after my birthday!!!) I got a magical email. They loved it. They wanted to read more. Would I please send them the whole manuscript? Would I what.

I gave the manuscript a quick check to make sure it hadn’t somehow accidentally got transcribed into an endless string of peach emojis, and sent it off.

More waiting. More nail chewing. I had no idea how many manuscripts they’d called in. Maybe 50? Maybe 20? In May 2016 Hodderscape posted an article saying they were still deciding on the last 5 per cent of submissions. I worked out that was about 72 manuscripts!! Was mine one of them? Did they call in 72 manuscripts?

Then in July Hodderscape posted their final update on their open subs process and I discovered eight was the magic number. They called in eight manuscripts. Eight out of 1,445. I think it’s fair to say I had far exceeded all my goals at that point.

I’m going to skip to the end here rather than bore you with several more months of waiting and nail-chewing. In November last year I came home late one night from my novel writing group. I had run a mini-workshop that evening and I was pretty tired. I let myself in, gave my partner a kiss and noted he was wearing a strangely smug look on his face. He didn’t say anything, though, and so I figured he had just got super-organised and bought me an awesome Christmas present online or something. It was November, after all.

Unbeknownst to me, he’d been looking at our email. I sat down to check it myself before heading to bed and read this miraculous sentence:

. . . I’m absolutely thrilled to be able to offer to buy The Beast’s Heart for publication.

Heart-stopping. Life changing. All my dreams come true. Is that my glass slipper? Why yes, I believe it is.

And that mini-workshop I ran for my writing group last November? Hmm. Well, as if we writers don’t struggle enough with imposter syndrome, that workshop was on resilience in the face of rejection. 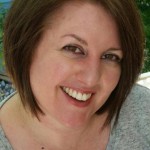 Leife Shallcross lives at the foot of a mountain in Canberra, Australia, with her family and a small, scruffy creature that snores. She has a tendency to overindulge in reading fairy tales, then lie awake at night listening to trolls (or maybe possums) galloping over her tin roof. Ever since she can remember, she has been fascinated by stories about canny fairy godmothers, heroic goose girls and handsome princes disguised as bears. She is particularly inspired by those characters that tend to fall into the cracks of the usual tales. She is the author of several short stories, including Pretty Jennie Greenteeth, which won the 2016 Aurealis Award for Best Young Adult Short Story. The Beast's Heart is her first novel.

2 comments on “The Beast’s Heart: the open submissions journey”