We’re delighted to announce the acquisition of world rights in a self-published debut novel, The Long Way to a Small, Angry Planet by Becky Chambers.

Just this morning it was announced that The Long Way to a Small, Angry Planet has been shortlisted for a Kitschies Golden Tentacle for Best Debut – the first self-published novel ever to appear on the Kitschies shortlist. Tor.com calls The Long Way ‘a joyous, optimistic space opera…Although it isn’t shy about tackling Big Questions, Planet is a heart-warming debut novel that will restore your faith in science fiction (specifically) and humanity (in general).’ 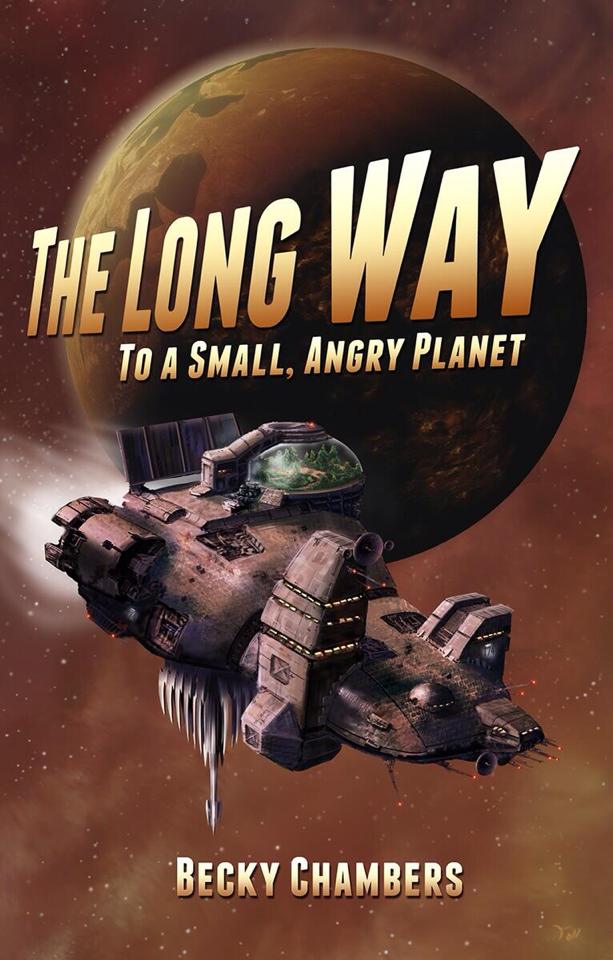 The crew of the Wayfarer, a wormhole-building spaceship, get the job offer of a lifetime: the chance to build a hyperspace tunnel at the centre of the galaxy. The journey will be time-consuming and difficult, but the pay is enough to endure any discomfort. All they have to do is survive the long trip through war-torn interstellar space without endangering any of the fragile alliances that keep the galaxy peaceful. But every crewmember has a secret to hide, and they’ll soon discover that space may be vast, but spaceships are very small indeed.

Acquiring editor Anne Perry comments, ‘I fell in love with Becky’s universe the moment I started reading The Long Way; the world she creates is warm and wonderful and so involving that I found myself resenting any time spent not reading the book. I was thrilled to learn about the Kitschies shortlisting so soon after agreeing the deal with Becky – The Long Way to a Small, Angry Planet is an incredibly assured debut and I am absolutely delighted be working with her at such an exciting moment in her career.’

Becky Chambers says, ‘after I put this book out there, I figured that was the end of it. I was proud of the small following it gathered, but I thought that was as far as it was going to go. When Anne approached me about publishing it, I had to keep pinching myself. That said, it wasn’t a decision I made lightly. This was a very personal project, and I wouldn’t have sold it to just anyone. The team at Hodder has gone out of their way to demonstrate how much they care about this story. I know this is the right place for it.’

Becky Chambers was raised in California as the progeny of an astrobiology educator, an aerospace engineer, and an Apollo-era rocket scientist. An inevitable space enthusiast, she made the obvious choice of studying performing arts. After a few years in theater administration, she shifted her focus toward writing. She worked as a freelancer between 2010 and 2014, during which time her work appeared at The Mary Sue, Tor.com, Five Out Of Ten, and The Toast. Her writing time for The Long Way to a Small, Angry Planet was funded in 2012 thanks to a successful Kickstarter campaign. She is now employed as a technical writer, which grants her the ability to devote more time to science fiction.

After living in Scotland and Iceland, Becky is now back in her home state, where she lives with her partner. She is an ardent proponent of video and tabletop games, and enjoys spending time in nature. She hopes to see Earth from orbit one day.

Hodder will make their ebook edition available on 16 March and the hardback will publish on 13 August, 2015. We’ll be debuting an all-new cover very soon – so watch this space!

Please join us in welcoming Becky (@beckysaysrawr) to the Hodderscape family!