9 Reasons why you should watch Daredevil

Netflix debuted its newest series, Daredevil, last Friday. Everyone’s talking about it. Should you join the conversation? (Short answer: yes.)

Have you thought about watching Daredevil on Netflix? Do you need a little persuading? Do you have some concerns that the ‘ZOMG BEST SHOW EVAR’ folks on Twitter haven’t allayed? Don’t worry! Hodderscape is here for you.

Yes, we’re leading with that, because that’s the most important thing to know. The show is well-written, well-acted, gorgeously shot, UNBELIEVABLY well-choreographed, and overall superbly well done. My husband thinks it might be one of the best – if not the best – MCU property yet.* It’s definitely the best Marvel tv show.**

*MCU stands for ‘Marvel Cinematic Universe’ – to differentiate it from the comic book worlds.

** We haven’t seen Agent Carter yet, so please don’t yell at us about this until we’ve had a chance to compare them.

2. Seriously, the acting is incredible.

The show rests on the shoulders of its twin leads. There’s the heroic Matt Murdock (played by Charlie Cox), who is in the process of becoming Daredevil, blind lawyer by day and vigilante super-y hero-ish defender of New York City’s low-rent Hell’s Kitchen (it’s really called that!) by night. And then there’s the legendary Vincent D’Onofrio playing Wallace Fisk – if you’re a fan of the comics you’ll know him as Kingpin, but here he’s just a huge, isolated, angry man without a stupid nom de guerre. If D’Onofrio doesn’t win an award for his titanic performance in Daredevil then we should all just give up and go home. He’s extraordinary.

That is not to undersell Cox’s performance as Murdock, which is similarly impressive. Seriously, these two men alone make this show worth watching. But there’s more!

Elden Henson, Deborah Ann Woll, Toby Leonard More, Rosario Dawson, Vondie Curtis-Hall and Bob Gunton all turn in spectacular performances are recurring characters. All in all, there isn’t a weak actor in the entire season. Moreover, they play characters with real depth and humanity, and every single one did something that surprised us. As jaded readers, comics fans, movie-goers and cynics, this alone elevates the show into must-see territory. 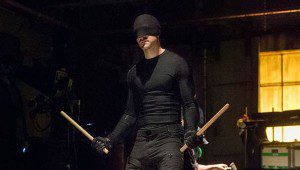 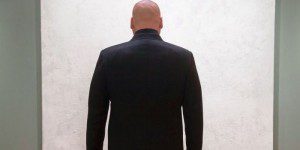 3. The storytelling is consistently excellent.

The first review we read of Daredevil complained about its pacing. That review was wrong. The pacing is perfect. It’s a dark, character-driven show (albeit one that features some exceptional, show-stopping action sequences) and earns the time it takes to set up characters and stories. As importantly, however, it sets up basic superhero film/tv show tropes and then cheerfully subverts them, over and over again, taking well-worn story beats and breaking them apart rather than relying on them to prop up the plot. I was consistently impressed and often surprised by how the show told its stories as much as by the stories it told.

4. We keep talking about how good the action sequences are.

Just you wait until the final battle at the end if the second episode. It was done in a single take, it’s perfectly choreographed, and it’s a showstopper. In a season filled with great action set-pieces, it’s the best, hands-down.

5. And, oh my goodness, the show is beautiful.

The New York City – that is, the Hell’s Kitchen part of NYC – of Daredevil is dark, cold, rain-soaked, and sodium-light lit. It’s a city of cement, of empty tenements, of scaffolding and moody greens and yellows. But it’s so gorgeously, stylishly rendered, down to the composition of individual shots, which are as immaculately composed as any splash-page from a comic book. Just look at these stills! 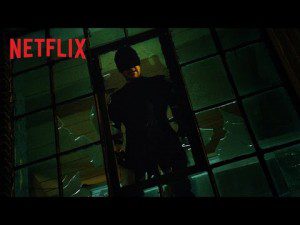 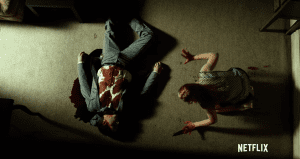 Speaking of the comic books:

6. You don’t need to know the comic books to enjoy the show.

It’s fun if you’re a fan of the comic – watching the show becomes a bit like playing whack-a-mole with z-list comic book villains! But if you don’t know who Oddball is or what he does it doesn’t matter at all. The show tells you everything you need to know.

7. Did you hate the Ben Affleck movie?

Because we did! Gosh, that was legitimately terrible. DON’T WORRY. This is nothing like that.

Sorry we made you think about the Ben Affleck movie. Here, make yourself feel better by watching this hypnotic gif from the show’s title sequence.

8. But what about the female characters? Women tend not to fare too well in comic book adaptations (much less the comics themselves).

There are four major female characters, and they’re each fascinating, complicated women who aren’t defined solely by the men in their lives. The show starts by making each of them seem like victims, and then unfolds enough about their characters and back-stories to reveal that, no, these are competent, independent, engaging female characters with powerful stories and compelling perspectives. So if you aren’t sold on, say, Karen in the first two episodes… keep watching.

Daredevil the comic is infamous for its poor treatment of female characters. The show simply doesn’t have the same issues.

9. Finally: The guy who plays Daredevil is really hot. 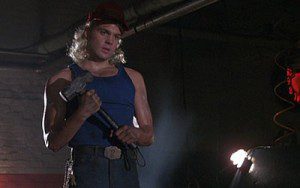 Anyway. All that stuff you feel about Arrow and Spike and Kal Drogo? Trust us. You’ll feel the same way about Charlie Cox. His Matt Murdock is equal parts Dread Pirate Roberts and the boy next door.

All about dem abs.