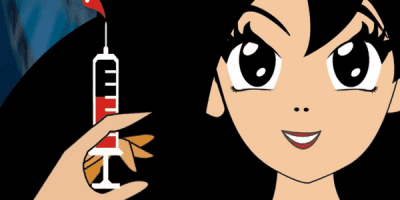 The compilation of a literary nasty list is no easy feat – how does one put together a collection of controversial novels in our desensitized world? The film and publishing industries are saturated in blood and gore, bookshelves are weighed down by misanthropy and severed heads and Simon Cowell routinely disembowels contestants during X Factor on a Saturday evening. Okay, so that last one is a slight exaggeration, but you know what I mean, right? Below is a list of novels that have haunted me, horrified me and truly stayed with me… 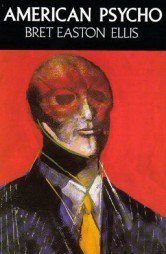 Maligned almost as much as it was celebrated upon publication, Brett Easton Ellis’ ultraviolent misogynistic satire American Psycho introduced readers to Patrick Bateman: a Nietzchean bogeyman and Wall Street banker with a fondness for Phil Collins and chainsaw reprisals. Full of shocking imagery (rat and funnel) and laced with spiky black humour, the controversial 1991 novel is now a pop cultural phenomenon and STILL one of the most disturbing novels ever written. 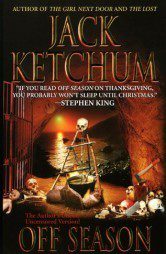 2. Off Season by Jack Ketchum

Cannibal Holocaust meets Friday the 13th in Jack Ketchum’s Off Season. An attractive group of New York City yuppies find themselves on the menu when a group of armed-to-the-teeth cannibals descend on the cabin they’re weekending at. This no-holds-barred high-octane nightmare is unapologetically nasty: head-hoarding, dismemberment, immolation and castration-via-teeth… Don’t say I didn’t warn you. 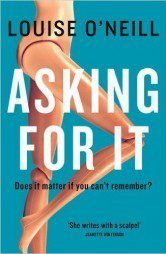 3. Asking for It by Louise O’ Neill

The harrowing second novel from YA author Louise O’Neill examines the hot-button topic of victim-blaming/slut-shaming and consent while addressing prevailing attitudes towards rape victims and how society, the press and social media react to allegations of sexual abuse. The non-genre entry Asking for It (purists can check out her dystopian dollhouse horror Only Ever Yours) follows Emma, an initially bitchy and self-centred 18-year-old who is subjected to a brutal gang-rape and despite evidence on social media sites of the assault taking place, the girl becomes a pariah in her close-knit community, with even members of her own family turning on her. O’ Neill started a national conversation (here in Ireland) about consent and victim-blaming with Asking for It and it’ll be interesting to see what she does next. 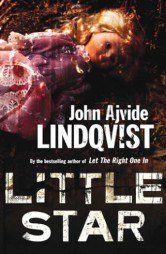 John Ajvide Lindqvist’s (Let the Right One In) fourth novel, Little Star, sees the Swedish horror writer step outside the realms of the supernatural for a story which is equal parts Grand Guignol Gothic melodrama, unabashedly brutal Bad Seed variant, revenge-fuelled folk tale and scalpel-sharp dissection of our exploitative entertainment industry. In Little Star, we are introduced to two little girls: The changeling-like waif Theres and the cruel, plain, spiteful Teresa, polar opposites yet sadistic soul sisters, who form a kill-crazy cabal of psychotic outsiders – all female, all teenagers, all with a penchant for power tools, Pop Idol, fake-death initiations and mass-murder… 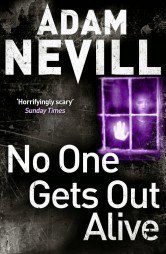 5. Nobody Gets Out Alive by Adam Nevill

Adam Nevill’s fifth novel Nobody Gets Out Alive is a meta-fuelled commentary on female archetypes in the horror genre and a rollercoaster ride into the very depths of human depravity. Nobody could accuse Nevill of being nice to his main characters and protagonist Stephanie, a lonely young woman rents the bedsit from Hell and finds herself violently confronting wailing spectres, serial killers and a sacrifice-demanding primordial evil that lurks in the building’s basement. In this serial killer-themed novel aberrant spirituality and base humanity collide to gloriously grotesque effect. 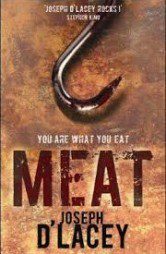 Meat is murder in Joseph D’Lacey’s debut Meat. The British Fantasy Award winning tale has a certain Orwellian spin and there are parallels between Meat and Michel Faber’s Under the Skin – eco-horror, human-abattoirs and patriarchy. The tale takes place in the terrifying apocalyptic hellscape Aberyne where human beings are born and bred to be slaughtered to feed the town’s elite and Richard Shanti, a guilt-plagued man beginning to have reservations about Aberyne’s brutal customs. 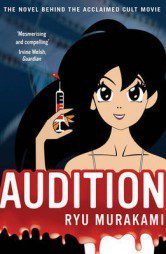 Ryu Muramkami’s controversial novel Audition was adapted in 1999 by Takashi Miike, a film that sent shockwaves through the horror film industry and inspired a slew of gruesome imitations: Eli Roth (Hostel) and James Wan (Saw) respectively. It also preceded the French New Wave Extreme line that included films like Inside, Frontiers and Martyrs – but nothing comes close to the craziness on display in Audition. At the behest of a friend, sleazy widower Aoyama holds fake auditions hoping to find a nice subservient new wife. Once he meets the virginally pure and seemingly innocent Asami, Aoyama believes all his prayers have been answered. What he doesn’t know is that Asami is a purely psychopathic killer who likes nothing more than a bit of torture and dismemberment. 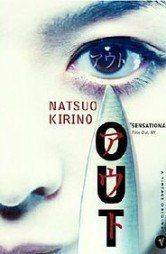 8. Out by Natsuo Kirino

From the purely psychopathic to sociopathic-victims- of–circumstances. Natsuo Kirino’s feminist horror (with gritty noir trappings) Out follows a group of desperate women working the graveyard shift at a box-lunch factory who start up a body-disposal (as you do) service. When a vulnerable young colleague strangles her greedy husband, she promises a life insurance pay-out to her friends if they help get rid of the body. But when the greediest member of the group panics and the remains are discovered by crows at a park, things quickly spiral out of control. The grisly premise could have been pulled from a miscellaneous list of grotesque crime statistics. 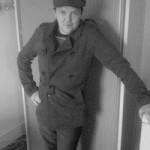 Alan Kelly is the author of the pulp fiction novella Let Me Die a Woman. He is a freelance cult journalist who has contributed to GCN, Butcher Queers, Rue Morgue, Dread Central, Den of Geek and Chiller TV.